FTL: Faster than Light, if you haven’t seen it, is amazing. In the game, you’re tasked with the moment-to-moment operations of an intergalactic Federation ship as it screams through the cosmos. We’re talking micro-level control here; FTL focuses on the innards of a combat-capable ship, putting you directly in control of weapons, shields, stealth and teleportation systems, as well as crisis management. You put out the fires. You fix hull breaches. And you decide if redirecting power to weapons systems is the right call if things in battle start going super sideways as your systems buckle under laser, bomb, and missile barrages.

FTL has been out on PC and Mac for a couple of weeks, but that might not be the extent of its reach. Speaking to us, Subset Games’ Justin Ma says that it’s possible FTL could see a release on tablets. “We would like to get it onto tablets at some point in the future," Ma says. “I can’t say whether it’s feasible or not, but we will look into it eventually." Neat! 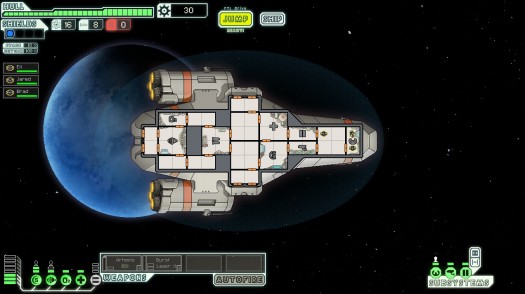 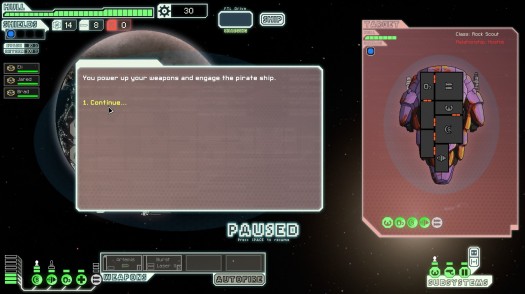 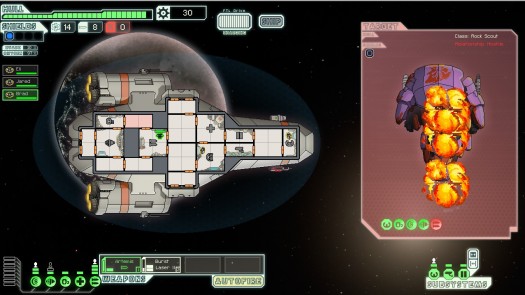 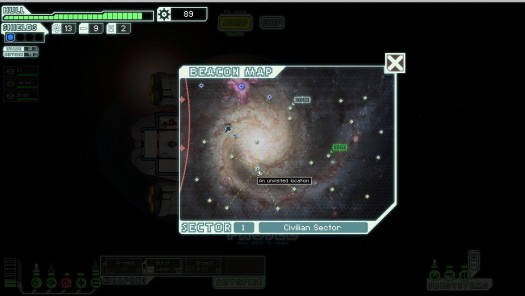 Note that FTL on, say, iPad isn’t a lock, but Subset Games revealed that it has at least flirting with the idea, just like we have been. From a feel perspective, it makes sense. FTL has a pretty basic interface point-and-click interface. Using a finger instead of a cursor wouldn’t be that big of a deal, probably.

We’ll keep our eyes on this. You should, too, especially if you’re into the idea of Star Command. FTL makes a lot of that game’s promise a reality, today.