Something strange is afoot on the App Store. First Rayman Jungle Run hits at a strange time yesterday, now Capcom’s Street Fighter X Tekken ($2.99) appears out of the blue, breaking traditional weekly international release store cycles. Normally, these games would be appearing in New Zealand later this morning. …Not available in the US now. 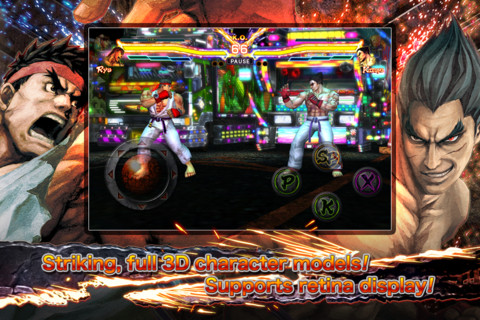 We’ll have more information on Street Fighter X Tekken as we spend some more time with it tomorrow. But, it’s on the App Store now, and seems like it’d be just as solid as Capcom’s previous iOS fighter offerings. I expect impressions will be rolling in on our forums fairly quickly.