We learned back in February that Prince of Persia creator and game industry legend Jordan Mechner’s very first published video game Karateka would be seeing a modern re-release, and that it might hit iOS platforms in addition to the usual slew of digital download services. A leak by the ESRB that was spotted by Siliconera seems to confirm those initial rumors. 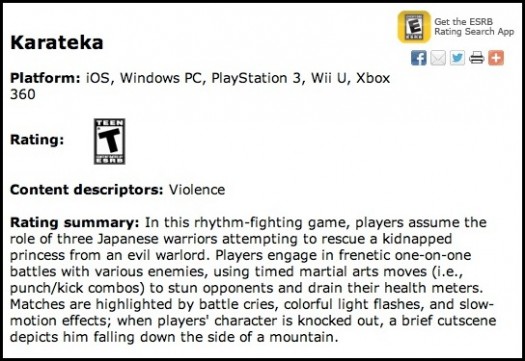 Karateka is one of the earlier side-scrolling beat ‘em ups that originally released on the Apple II back in 1984. Jordan Mechner had previously stated that this new version would be more along the lines of a reimagining of the original game, rather than a radically new game using the same IP or simply a faithful gameplay port with fancier graphics. It sounds like the biggest change will be the ability to play as three different heroes in your journey to rescue a princess from an evil overlord.

What other changes are in store we’ll just have to wait and see, and while the new Karateka doesn’t have a specific release date yet it looks like it’ll be hitting sometime this year.