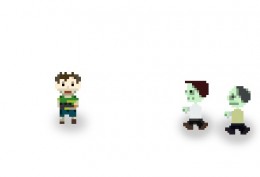 In most zombie video games, the undead horde is a mindless collective of ghouls no more dangerous than a trash can. The horde exists to make us feel more powerful as users. We can cut and shoot our way through one with relative ease, and that visceral reaction we get from doing this is positive. The feedback feels good.

Few games use the horde as more than just fodder. The Day I Tried, an upcoming iPad and iPhone game, is a zombie game that tries to make the horde somewhat scary again, and it does so with an interesting gimmick: on top of being able to see, smell, and hear you, the undead can adapt to your style of play. The zombies evolve, so to speak.

If you frequent our boards, you’ve seen The Day I Tried. Designer Ian Dunlop of OE Fun has been active in a topic dedicated to the survival “simulation" game, which tasks users with staying alive as long as possible in a vacated city.

In an e-mail, Dunlop gave us the skinny on his game, and talked briefly about how its zombies will adapt to our actions. 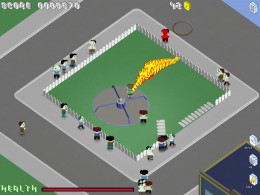 “The AI code is not running a simple fixed script," Dunlop told us via e-mail. “They’re actually running several dynamically selected scripts. I call [the script] DNA. On game launch zombies are created then spawned based on the contents of the DNA bank," he said.

“During the game I make a note of the zombie life cycle — i.e. which zombies were successful and which were not. I then ‘mate’ successful zombies and the offspring is stored [in a bank]. In this way, zombies evolve over time to match the players tactics."

We’ve spent some time in what we’d call a “sandbox build" of the game. In it, you can observe the way the zombies react to you. Knock over a gas can, for example, and a slow-moving horde will begin to gather around the sound. Fire your pistol somewhere else, and they’ll shamble over in that direction. The actual area we have to explore in this demo is pretty small, so it has been hard to get a sense of the game city’s scale or how much something like your scent is going to factor into your movements around a large number of zombies.

Here’s a developer-created video breaks some of the zombie mechanics down:

The Day I Tried has an interesting movement mechanic: if you tap on the screen, a line will pop up from the avatar to that point. Hold and it’ll walk to the point where your finger is. While you’re walking, a second erupts from your avatar. This one operates as literal line of sight for weapon use. It’s a neat system that keeps the game from using messy virtual d-pads and buttons. 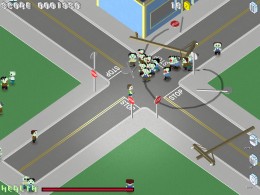 Our build doesn’t give us a great sense of how we’ll be surviving in this world. Dunlop has a few ideas for specific scenarios. One, for example, will task you with protecting your family in a house surrounding by the walking dead. Dunlop says players will be able to interact with specific environmental elements. Doors, for example, can be shuttered, while grenades can blow off doors to houses.

It’ll probably pay to keep in mind that while this is a survival simulation with some cool ideas, it’s being made for every kind of gamer.

“One of the main goals [of The Day I Tried] is to build a fun game that casual gamers can pick up and enjoy. To that end the pacing is on the slower side. This is not your jumping-slash-running zombie game — it’s your classical slow-moving zombies." Dunlop notes that his zombies are “dumb," to boot.

“This gives the player time to strategize and think about how they solve problems — instead of just manically shooting," he said.

We’ll be keeping our eyes on The Day I Tried. At the moment, its release date is a nebulous “when it’s done." Considering how cool this game could be if Dunlop can nail everything, we’re OK with that. We’d imagine you are, too.