It was this past April during PAX East that Hello Games were showing off an early version of their beloved stunt-biking game Joe Danger running on iPhone, and today they’ve released the first screens of the upcoming game which is now known as Joe Danger Touch. The original Joe Danger released in 2010 on PSN, and an enhanced version was released on Xbox Live the following year.

As Joe Danger Special Edition on Xbox Live showed, Hello Games isn’t satisfied simply porting a game to a platform, but would rather take that opportunity to improve upon the game and make sure it fits each particular platform properly. This has lead to Joe Danger Touch being a completely written from the ground up experience for iPhone and iPad, with a special emphasis on intuitive touch controls and a high degree of interactivity. 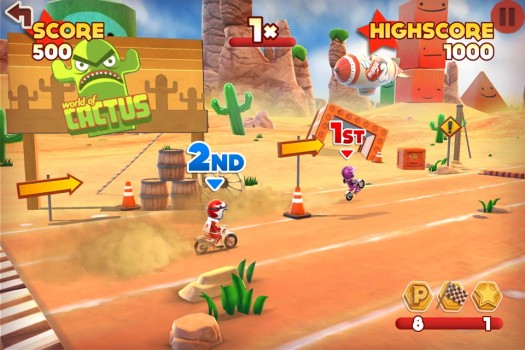 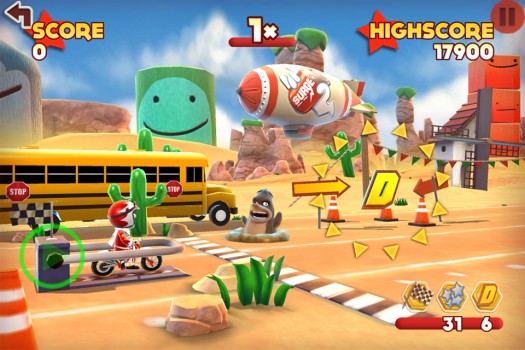 Joe Danger Touch will sport 50 brand new levels, unlockable characters, and competitive aspects through Game Center. Unfortunately, Hello isn’t talking about a release date just yet other than sometime in 2012, but it sounds like it could be close and they promise new information on their website sometime today. We’ll update this post accordingly with any new info, and will eagerly await getting our hands on Joe Danger Touch sometime in the near future.