Surprise! Introversion Software‘s minimalist hacker RPG, Uplink, is now available on iPad for an agreeable $4.99. The original Uplink appeared on PC in 2001, and was praised for its minimalist design and dedication to the hacking experience. This version appears to be a strict port, but with more intuitive controls for its new platform.

If this is something of a shock to you, imagine how Introversion felt once it was shown its own game working on iPad. That’s right — this isn’t exactly an Introversion joint. In an interview with Modojo, Introversion says that Uplink on iPad is a fan-made game with just a little added support from Introversion. It was first revealed to the studio in 2010.

“Well our original attempt to port Uplink to a mobile project started in about 2001 when we were looking at Palm OS and Windows CE. This iPad version started in earnest in 2010 when we were contacted by a fan who had bought the Uplink developer CD. We actually get a lot of contact from fans who promise to deliver ports but rarely have the tenacity, so our standard approach is to tell them to crack on and let us know when they have something to show.

In this case Andrew Carne did exactly that. He carried on plugging away and earlier this year he got to the point when he was pretty much done and we just tickled it up and put it out there…"

We’ll be giving Uplink a spin for review, so stay tuned for some in-depth impressions and thoughts on it. The trailer is available here. Screens below. 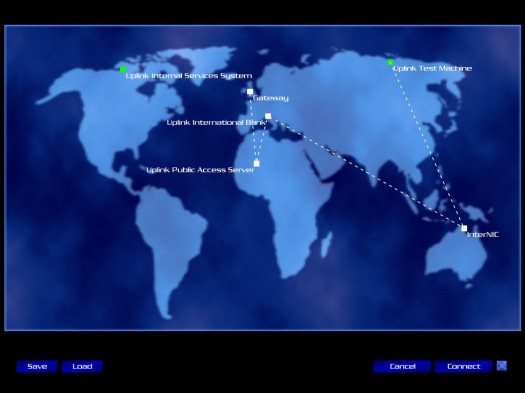 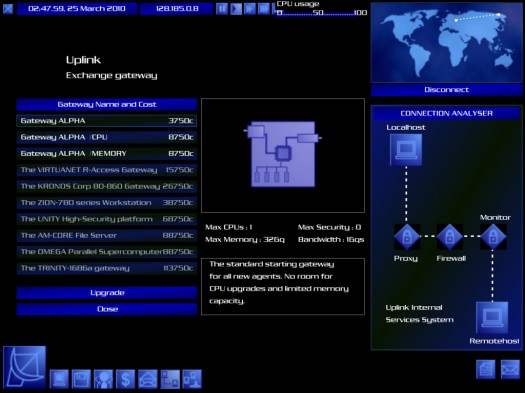