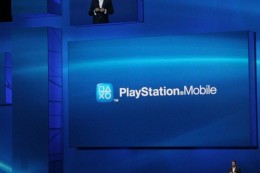 We thought it appropriate to bring you this in an effort to keep following up with Suite, considering our extensive coverage when it was first announced. As the initiative exits its open beta, it’s becoming increasingly more plain that an iOS version isn’t in the cards as we’ve speculated in the past, but here’s to hoping the name change indicates more than Sony’s desire for a snappier name.

If anything, Playstation Mobile continues to be a forward-thinking initiative, as it attempts to wrangle smartphone and tablet users into the PlayStation ecosystem. The other two big hardware manufacturers are struggling in this area, but are taking great steps. Microsoft’s Smart Glass and Nintendo’s Mii-verse, for example, are exciting moves for those of us with tablets and iPhones.