Developers of the beloved iBlast Moki puzzle series and the social arcade game Stardunk Godzilab are gearing up for a new release it appears, based on a recent tweet from the company. Literally all we know is that the game is called Happy Street, and based on this first screenshot, it looks incredibly adorable. 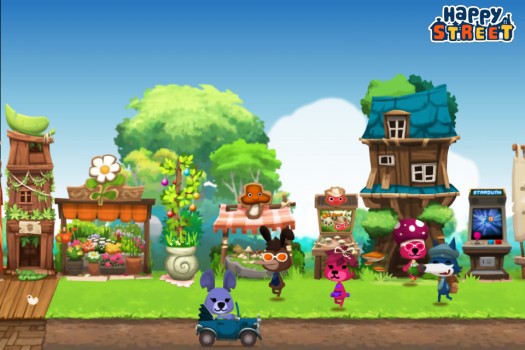 We’ll be reaching out to Godzilab for more information, which they promise is coming soon, but based on the pedigree of the company’s previous releases then it’s a pretty safe bet that Happy Street is something you’ll want to keep an eye out for.