A long time ago, in July of 2010 to be exact, a little iPhone game by the name of Prisoner 84 ($2.99) from Hidden Games had me sleeping with a nightlight. See, Prisoner 84 is a 3rd person survival horror game, and despite being on the tiny screen of my phone, it managed to pack in one of the most creepy experiences that I’ve had on any platform.

Now, I don’t want to oversell anything here. At face value, Prisoner 84 is a fairly basic, slow-paced 3rd person action game. It can be completed in just a couple of hours (or longer if you really explore), the various puzzles in the game are pretty straightforward, and the graphics aren’t really anything to write home about.

However, don’t let any of that turn you off. Prisoner 84 absolutely nails one aspect of horror games, and arguably the most important one: atmosphere. Footsteps echo in the otherwise dead silent halls of the cellblock setting. Soft murmurs and growls suddenly sound off in the distance. Gruesome scenes of violence hint that there’s something out there responsible and those who came before you weren’t so lucky. It can be downright chilling. 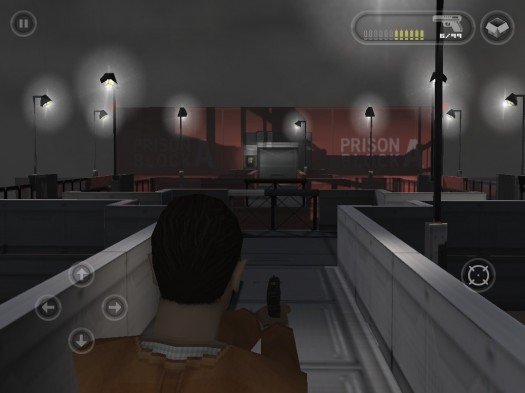 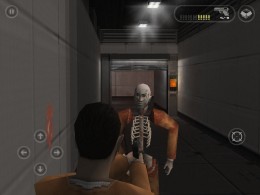 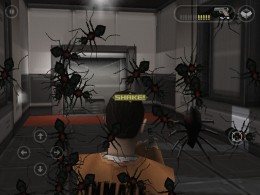 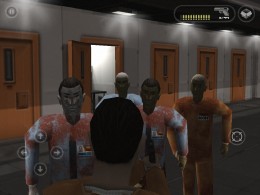 I could go on and on about how much I love the mood of Prisoner 84, but you can just read all about it in our original review. Really, what I’m more interested in talking about is the substantial update that has just hit this nearly two-year old game. Prisoner 84 launched in 2010, and aside from a maintenance and bug fix update that hit shortly after release, it’s been untouched since. That’s why I was completely blown away to see an update waiting for me in iTunes just the other day.

The game is now Universal and runs at Retina resolution on the iPhone 4 models and the new iPad. Also, on iPads and 4th generation devices additional graphical flourishes and more detailed character models have been included. The original release of Prisoner 84 sported some really blocky characters, and post-update things have really been improved.

It also looks fantastic in Retina resolution, though there are plenty of low-res textures you’ll run into that remind you you’re playing an older game. Still, from where Prisoner 84 was at originally, the difference is night and day thanks to these improvements. (Trailer is from the old version, FYI).

Rounding out the update is multitasking support, an improved user interface, and various gameplay tweaks – all welcome additions. I love when developers spring new updates on their customers, even if a game is years old, and if you missed out on Prisoner 84 before then now would be a great time to check it out. Just keep in mind that it is very slow-paced, and because it’s an older game it’s not quite as cutting edge visually. But if you can appreciate a moody atmosphere that will creep your pants off, then Prisoner 84 is among the best on the App Store.