Crescent Moon is publishing its first racing game later this May. It’s called Slingshot Racing, and as its name implies, the core action loosely revolves around slinging your cars around tracks. Its twists are in its hooks, literally. Each car is equipped with a grappling hook, so you’ll actually be flicking cars’ hooks on pieces of the environment as you race. The steampunk-stylized visuals help to explain this weirdness away.

Slingshot is being developed by Snowbolt Interactive, which is a collective of ex-Frontier guys who helped with titles like Lost Winds and Kinectimals. We expect to be impressed with this one considering those chops. 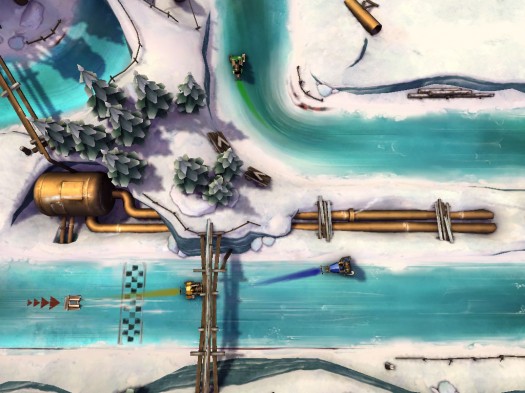 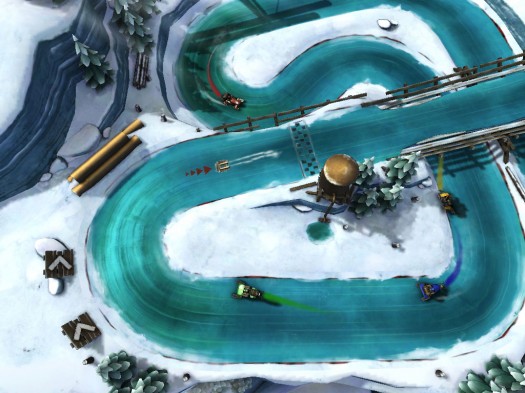 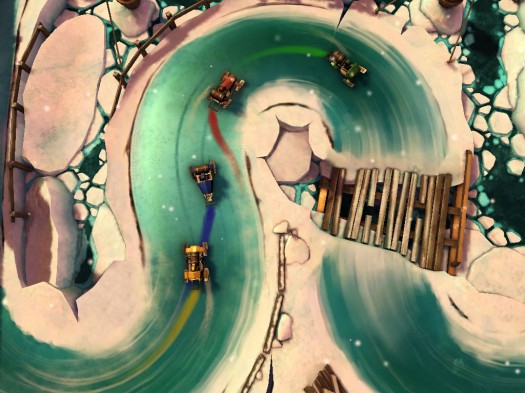 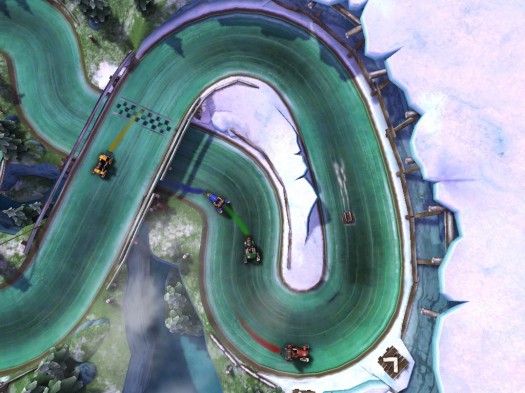 We’ll be hearing a lot more about this in the future, so stay tuned. Also, check out these screens. This thing is a looker.