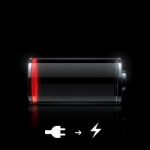 New Scientist is reporting on a study by Purdue PhD computer science student Abhinav Pathak on energy usage in free mobile games. If you browse around Pathak’s site, he’s spent his time building all sorts of in-depth debugging tools to really nail down where your battery is spent on different functions inside of a mobile application.

For example, in Angry Birds only 20 per cent is used to display and run the game, while 45 per cent is spent finding and uploading the user’s location with GPS then downloading location-appropriate ads over a 3G connection. The 3G connection stays open for around 10 seconds, even if data transmission is complete, and this “tail energy" consumes another 28 per cent of the app’s energy. …Read More

Angry Birds isn’t alone in this phenomenon, as basically any free game that’s serving you ads is doing all sorts of battery-burning stuff in the background to constantly fetch the newest and (hopefully) most relevant advertisements for you. Again, this might be one of those “Well, duh" sort of stories for a lot of people out there, but it’s just another fantastic example in that even though the price of a free game might technically be zero dollars, even without IAP, you’re “paying" for that game in other ways– Often at the expense of battery life.