On the Wind is an eye-catching game. The interplay between the light, floral art and the chunky pixelized interfaces just begs for attention. t’s hard to tell exactly how it plays from the trailer, but the gist is this: the screen scrolls by, getting faster and faster as you progress through the seasons. You control the gust of leaves with your fingertip, moving it around obstacles and through other leaves that scatter across the field. It feels a bit like a wire loop game with added speed and less sadism.

At first glance it’s easy to assume that thatgamecompany’s Flower is the obvious source of inspiration, but developer David Buttress says it didn’t much factor into his design. Instead, he looked to The Helicopter Game, a classic Flash-based cave flier with simple, one-touch controls and a rather brutal difficulty curve. The idea for the leaves and flowing motion came from a more esoteric source: a in-depth look into Boids, an early artificial life program that models flocking behavior. He was particularly fascinated by the idea that such complex and beautiful motion could be created from a few simple rules, and he is bringing that organic motion into play in On the Wind.

Buttress is new to the iOS development world, having just recently launched his one-man studio, Don’t Step On The Cracks. But he’s coming from a long background in game development at Rare. Working with the other creative-types at the studio was often inspiring, but he had few chances to work on the small, creative ideas that cropped up. As with so many other developers moving from the console space, he found that iOS offers a great opportunity to play around with the concepts that had been building up while he put his time into larger projects like Conker: Live and Reloaded and Banjo-Kazooie: Nuts & Bolts. 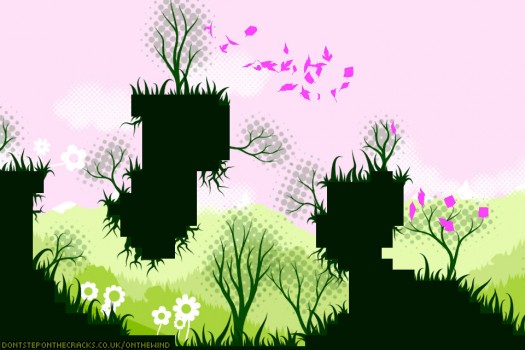 Buttress reached far and wide for inspiration while developing On the Wind. The silhouettes that make up the environment were initially inspired by Limbo. Rather than taking a similarly dark and pensive approach, he built on the idea, letting in riotous color for the leaves, flowers and backdrops. The sparseness of the sound is another carefully considered choice, like the auditory atmosphere in Shadow of the Colossus, which was usually formed only by the sound of the wind and the hooves of your horse. 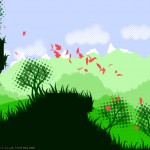 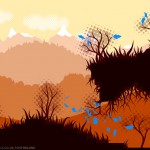 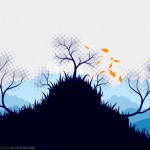 For now, On the Wind is a concise experience meant for on-the-go play, one that runs through the seasons in short order before ending. Buttress is considering an update with an endless mode and powerups in the future, but for now he’s happy to launch with a still-pure experience. Between the procedurally generated world, leaderboards and a series of clever achievements, though, fans should find plenty of reasons to keep going. We’re certainly looking forward to playing more, having had a taste of the game. We’ll be sure to let you know when it lands, hopefully in a handful of weeks.