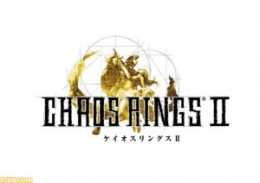 Most studios shy away from announcing products months in advance, but Square Enix is not a company that seems to get the App Store all that well. Back in May, just days after it released Chaos Rings Omega, it announced the franchise’s first, actual sequel: Chaos Rings II. We’ve seen a couple of Japanese-language teasers since, and well, here’s another. But get this: the game is coming soon. Like, this Thursday soon, according to the footage below. See what they did there?

We don’t know what exactly to expect from the sequel-sequel, but it seems like a safe bet that Chaos Rings II isn’t set to rock the boat. Also, this song, guys. This song.