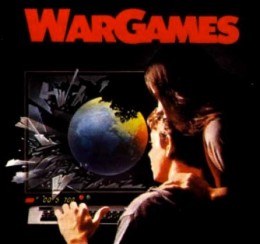 Be-Rad Entertainment gained notoriety on the App Store with Lame Castle [99¢/UHD/Lite], a game inspired by Sony’s advertising jab at iOS gaming, and more recently with the well-received Serious Sam: Kamikaze Attack [$1.99/Lite]. At GDC this week, they were showing off their newest iOS title, a strategic matching game based on the movie ‘WarGames‘.

‘WarGames’, if you aren’t aware, is a classic early 80s hacking tale where a young computer enthusiast inadvertently hacks into a military missile strike system. He thinks he’s merely playing a game, but in reality, he is setting off a series of events that will eventually lead to World War III. When he realizes what has happened, it’s a mad scramble to reverse what he has done. Here’s a short teaser featuring clips from the ‘WarGames’ movie itself:

In the WarGames iOS game, you’ll play as the WOPR computer system. As a computer who merely wants to carry out its orders, you’re constantly battling against the people who are trying to shut down the missile launching process. You’ll battle against 6 characters from the movie in matching gameplay that is highly reminiscent of the excellent RPG puzzle title Dungeon Raid [$2.99/Lite].

WarGames isn’t just a Dungeon Raid clone, though. There isn’t a huge focus on persistent RPG leveling, but the drag-to-make-matches mechanic is basically the same. You battle against each of the movie characters by making matches to earn cash, replenish your health, increase experience, and of course deal damage. Certain items on the board with a circle around them will act as your opponents offense if you don’t match them quickly enough, adding a highly strategic layer to the gameplay. 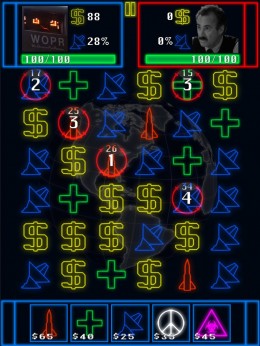 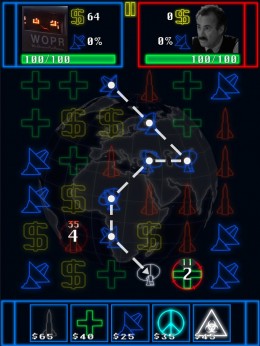 There are other aspects like unlockable power-ups that can increase what you earn for matches or deal additional damage to your opponent. Be-Rad also hopes to implement even more fan service directly from the movie, like sound effects and voice samples. I expected a WarGames game to be more along the lines of The Hacker [99¢] which we recently really enjoyed, but I was pleasantly surprised by the matching game and I think it works really well with the movie IP.

Be on the lookout for WarGames to be hitting sometime in the next couple of months.