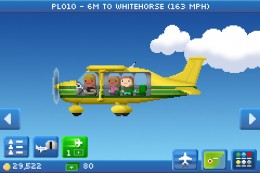 Before I get started here, let me offer two disclaimers: First off, the guys from NimbleBit asked me to make it very clear that this game is a work in progress and absolutely everything is subject to change. Traditionally, NimbleBit does extensive beta testing and implements tons of user feedback, Pocket Planes is nowhere near that stage left. Secondly, this is a very difficult game to describe, as I’m really not sure what to compare it to or what genre to classify it in. It definitely has elements of time management, but seems substantially more strategic than your typical time management game. Pocket Planes is definitely a much more “gamery" game, which even has NimbleBit a little worried with how the game will do as free to play games typically require a very large mainstream casual player base to be successful.

With that out of the way, let’s chat Pocket Planes. 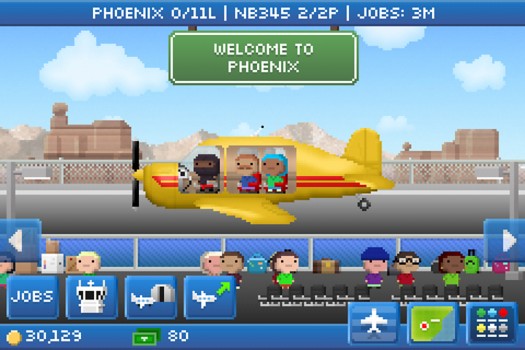 At the highest level, Pocket Planes is a game of ferrying people and cargo around the world. Each city is home to its own airport, where players will find anxious passengers and cargo waiting to go somewhere else. You must manage your own budding airline, starting at the very small regional level and eventually expanding into a global empire of complete air superiority with planes flying to even the most exotic of locations.

You increase your fleet of planes using what we’ll call “Plane Bucks" for the sake of this article, although NimbleBit admits they’ve yet to decide on a witty name for the IAP currency. Also, since IAP is a bit of a sore subject around here for some of our readers, keep in mind that NimbleBit intends to balance the game just like Tiny Tower and Pocket Frogs, in that they aim to make the game fun, even if you never buy a single IAP item. Just like Tower Bucks, players will have plenty of opportunities to rack up Plane Bucks via various in-game goals, promotions, and other things. 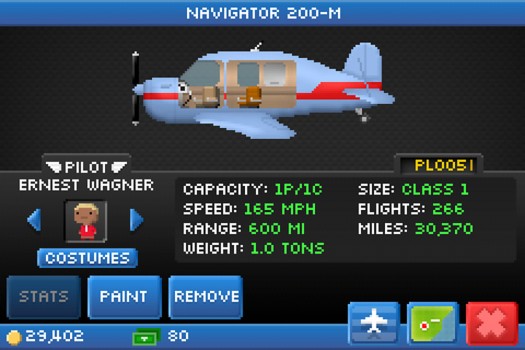 The in-game planes are not only totally customizable via various options (such as color) but they’re also all based on real-world statistics when it comes to range, speed, capacity, and the other values under that make the whole simulation work under the hood. Of course they’re named something different, but aviation fans should find lots of very familiar planes to load their fleet up with.

With your planes, you’ll initially have access to a small pool of local airports. The world map is still in flux, but say for instance you could start off in Los Angeles, where you might initially have access to a few airports in the area, let’s say Tucson, Phoenix, and San Francisco. (Keep in mind these cities might not be in the final game, I’m just using this as an example.) 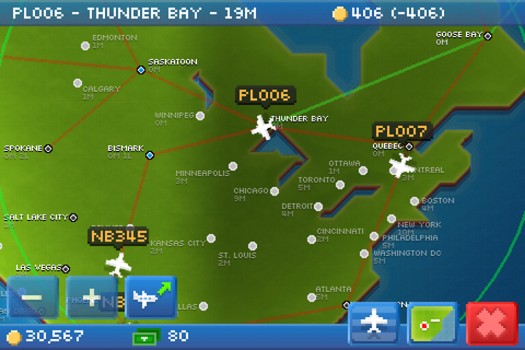 Starting in Los Angeles, you’ll have people and cargo that want to go to these different airports, the strategy of the game comes in with how you do this, as flying your planes cost coins the farther you go. So, you could potentially load your plane up with people who want to go to Phoenix and Tucson, potentially making the flight a better bang for the buck since you fly from Los Angeles with tons of people, then dump them off at two very nearby airports. Doing this would net more profit than just flying a couple people up to San Francisco, which is farther away.

As you earn more coins, you’re able to buy access to additional airports. Doing so not only unlocks additional destinations to pick up (and drop off) people and cargo, but will also open new flight routes through that airport. With this example we’ve been using, you’d eventually unlock cities across the southwest towards the east, then eventually get a flight path to Europe, where you’ll be able to start unlocking airports over there. 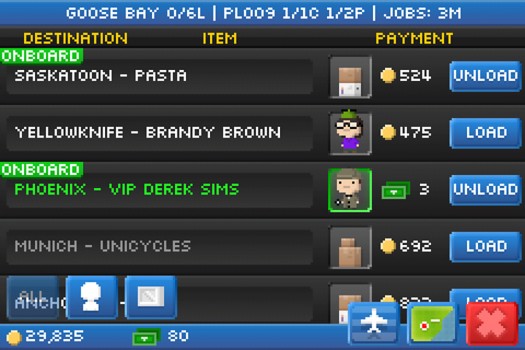 With each new airport, you’re potentially unlocking much more efficient and direct flight routes, allowing you to turn even greater profits by offering much more direct flights to destinations. It seems like you can get really obsessive too about your strategy with buying both planes with Plane Bucks and unlocking airports with coins. Also, the game will totally let you lose coins if you’re not playing smart and efficiently using your fleet. But, don’t worry, you can never go negative.

NimbleBit explained several different viable play styles, such as investing in large and slow planes and doing long haul flights trying to carve your niche in the world as an international airline. Alternatively (or additionally) you could have a fleet of small fast planes to carry passengers that want to go on a long-haul flight to a central “hub" of sorts, where you keep your huge slow planes to do a long-haul flight for tons of coins. 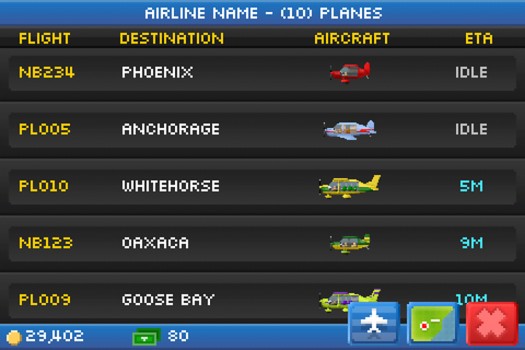 It’s surprising how deep this game feels, even at this post-prototype pre-beta phase. I’m sure it won’t be long before NimbleBit starts engaging the community and more information on Pocket Planes comes flowing out. If all goes as planned, Pocket Planes will be released sometime this summer.