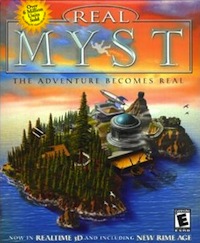 Prepare for a new, much more modern version of Myst [$4.99 / Lite] to hit this spring. Earlier this morning, we caught an awesome video from Cyan Worlds demonstrating the first footage of its next release, “RealMyst." In brief, it’s a fully 3D, real-time version of the title being made exclusively for iPad 2. The version of Myst currently on the App Store is a straight-up port of the original title, which only sports static images and some pretty limited navigation. Back when Myst first hit, it’d take a supercomputer to render to do what this newer version is doing, and it’s coming to a device that fits in our laps.

In the below, you’ll notice some improvements. The lighting model seems better, as well as the texture filtering and all of that kind of jazz. We’re stoked, though also a bit frightened by the prospect of getting stuck in Myst all over again. What was the formula for the circuit breaker puzzle again?