It’s love at first sight, too, with its striking visual style and a solid central conceit. A little bit Lemmings, a little bit And Yet It Moves, Walkabout Journeys gives you a handful of Burton-esque characters to shepherd, characters that will die tragically given the slightest neglect. Rotating the world around them, you have to ensure they stay alive and stay together as they slip back and forth across each level. It’s almost wonderful.

For a short jaunt, Walkabout Journeys is a delight. I adore the nameless characters – the tall one, the tiny one, the one with the umbrella and all – the cheerful music and the colorful backdrops. The gameplay is no slouch, either. It’s quite fun to rotate the game world to and fro, tilting the little fellows just far enough forward to clear the next obstacle, or back just a touch so they don’t smack into something deadly. You can even choose your flavor of controls – slider, tilt or a dragging rotation. The last of those is, by far, the best. 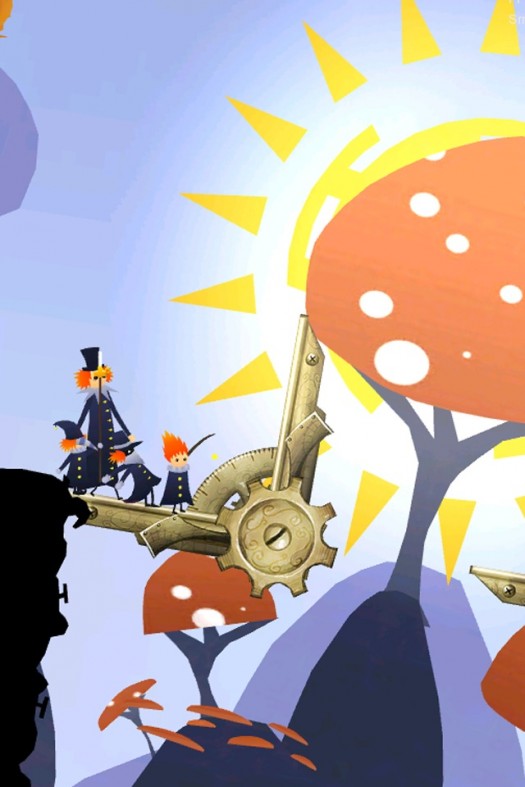 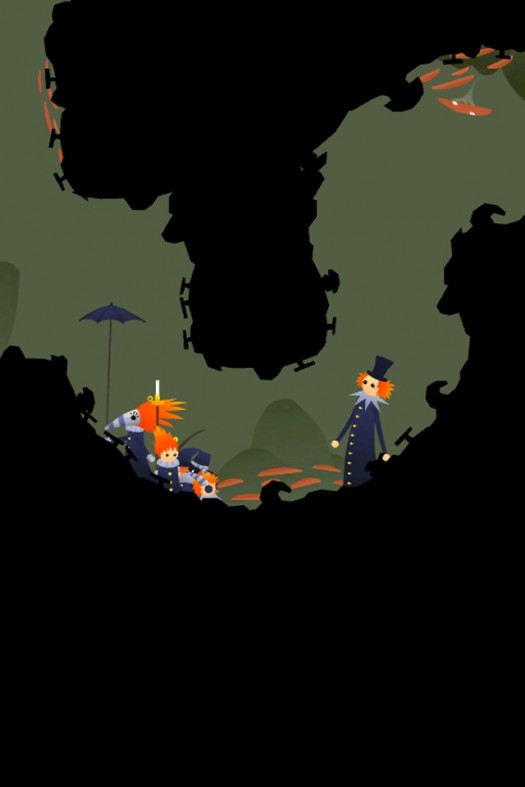 There’s a sing-song, storybook quality to the whole experience, brought together with charming bits of doggerel on each loading screen. You march the characters through the season in a world scattered with names like “The Pumpkin Promenade" and “Persephone’s Fall." Almost, almost worth it alone.

But not quite. Though the game grows more difficult over the course of its 16 levels, its formula never really grows. You may encounter a few tricky gates, or clever platformy sections, but what works in the first level will work in the 16th. Similarly, the music and aesthetic never much change or grow. What’s terribly sweet for the first few levels grows cloying without variety.

What results is a game that feels under-developed. The sixteen levels go by in a flash, and the addition of four with Christmas themes doesn’t much help. More length would only be a band-aid fix, highlighting the lack of variety, and an unfortunate opacity in the scoring mechanism. The more survivors the better, true, but what marks a high score beyond that? Players can’t play faster as the camera moves at a steady pace. There’s nothing to collect, no clever techniques to pull off or secrets to find. So why have a star system and a high score system at all? 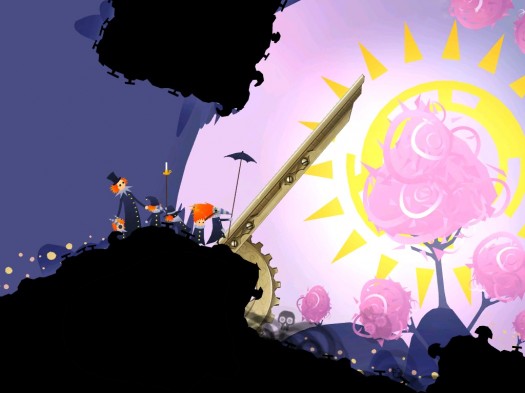 This is exacerbated by the lack of achievements or leaderboards. There’s a bit of artificiality to extending a game with achievements, but they’re also a challenge to developers to expand a game’s horizons. Walkabout Journeys doesn’t feel intentionally minimalistic, so why not throw in some additional objectives and give players a reason to replay and improve? Instead it feels more than a bit unfinished.

Ultimately, Walkabout Journeys never arrives at its full potential, but as it sweetly proclaims at each of our deaths, “this place is nice too." It is for a time, and that’s almost enough. It’s a lovely little lark, so if you enjoy the screenshots it’s certainly worth a go. Just don’t expect more than a stroll.