If you’re feeling like reading some legal tea leaves this afternoon, put the kettle on and try this on for size: We just got news that Peter Hirschberg’s Vector Tanks and Vector Tanks Extreme have been pulled from the App Store due to their resemblance to Atari’s Battlezone. According to the recent Kickstarter update for the planned-but-currently-unfunded Vector Tanks 3, “Tank games, asteroid shooters, and so on have all been pulled." 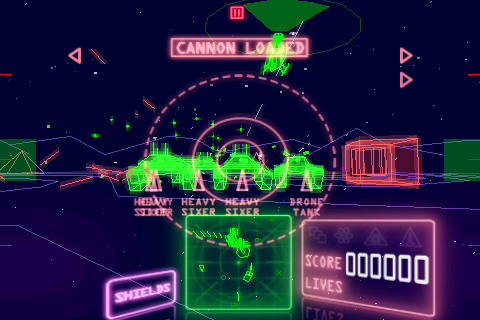 There’s a number of ways you could read into this, largely depending on which way your dowsing rod is pointing. Atari could be planning on releasing their own version of either a direct port or modern re-imagination of Battlezone, and are sweeping the App Store of “clones" (I’m using that word very loosely, mind you.) to make room. Alternatively, it’s entirely possible that Atari has a whole department of lawyers whose sole purpose is to protect their IP by any means necessary, and the Vector Tanks series were just casualties of of a legal war.

I could really go either way on that one, as Atari is all about milking their old IP, but they’ve also become a company that seems to consist of little more than retro branding and lawyers. Either way, it’s just sad to see Vector Tanks and Extreme caught in the crossfire, as I never saw those games as “rip-offs" or “clones" of Battlezone, rather, just very tasteful fan-made homages.

If you haven’t already, it’s a good idea to backup the .ipa files for both Vector Tanks and Vector Tanks Extreme, as it’s unclear if they’ll ever be back on the App Store.