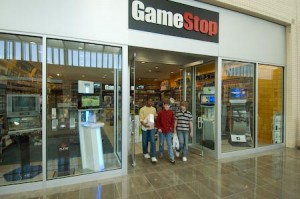 So, that pilot iPhone, iPod, and iPad trade-in program at GameStop? Apparently, it isn’t doing so shabby. In a thrilling press release, company president Tony Bartel said that the “velocity" of the program has exceeded expectations. Furthermore, GameStop has an expectation that it will see even more traffic after the holidays calm down since a lot of folks have received fresher and better devices.

The program kicked off in select stores earlier in 2011. Customers are receiving “up to" $180 for a iPod touch, $300 for iPhones, and $400 for iPads in GameStop store credit or cash.

In a conversation with Joystiq, GameStop didn’t throw down any specific numbers, so it’s hard to tell just how many iOS devices the program has roped in. But it isn’t like this is a mom-and-pop shop; you gotta figure whatever the number is, it’s a lot.