Just over a year ago, SRRN Games released Ash [99¢/Lite], a fun role-playing game that attempted to be a modern throwback to RPGs of the 16-bit era. It succeeded remarkably well at it too, offering simple but fun RPG gameplay with an interesting story tying everything together. We liked it a whole bunch in our review, and even our complaints about the difficulty and the controls were rectified in a later update.

Sadly, one thing that didn’t seem likely to get rectified was the generic look of the game. Ash was made using assets from RPG Maker, a build-your-own-RPG program of sorts. This made everything look kind of patchwork-ish and cookie cutter, which contrasted poorly with the high quality of the dialogue and storyline. However, it wasn’t anything so off-putting that you couldn’t enjoy the game, it was just the biggest part of the game that could use improvement. 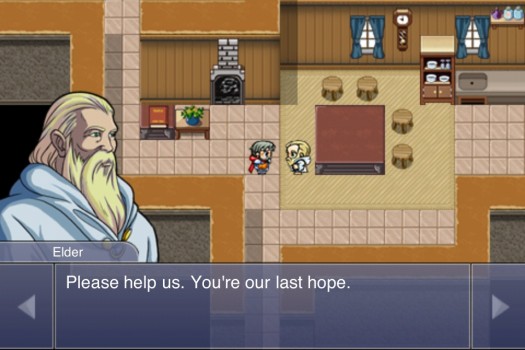 Now, surprisingly, SRRN has actually gone and redrawn all of the artwork to Ash and released it as a free update. The new sprites, backgrounds, and character art all closely mimic the previous version, so it’s not like you’re dealing with entirely new characters, but they’ve all been redrawn or remade beautifully. The game is much more colorful and brighter, and everything has a more cohesive look like it all belongs together. It’s definitely a very welcome improvement. Aside from the new artwork, they also fixed some bugs and toned down the frequency of random encounters. 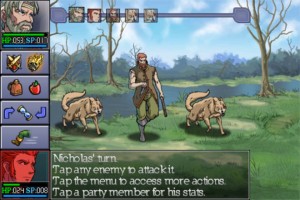 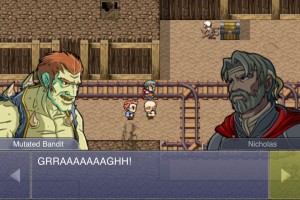 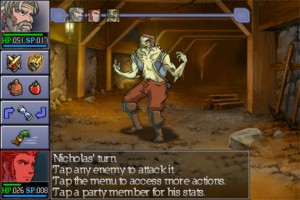 If you haven’t checked out Ash already, the lovely new artwork is just one more reason to give it a look. For those that already own and have played through Ash, this update is reason enough to dust off that app and give it another run through. If you’re thinking of picking up Ash, right now wouldn’t be a bad time as it’s currently on sale for 99¢ and there’s a lite version to try which has also been given the visual improvement.