For whatever reason, there really aren’t that many snowboarding games available for iOS devices. X2 Snowboarding [$2.99] is my favorite of the currently available titles, and I really wish Sean White Snowboarding: Origins [99¢] was a better game, but other than that there’s slim pickings on the App Store. Free Range Games and Com2uS are on the verge of adding another entry to the snowboarding aisle of your local iOS games depository with SummitX Snowboarding. I’ve got my hands on a preview build of it, and I like what I see so far.

The graphics speak for themselves, check out the above trailer, the game really looks like that. What I’m really digging though is the control scheme that they’ve implemented. The preview I got was on my iPad 2, and games like this are usually controlled in one of two ways: Tilting, which I’ve never felt is ideal for the iPad, or with a weird virtual joystick setup which similarly never translates very well.

SummitX implements a two-thumb steering wheel sort of approach in that you slide your thumbs along both sides of the screen to control the board. I raised an eyebrow at the first loading screen that explained how it worked, but in practice, it’s really cool. When you go over a jump, the interface changes to focus on tricks, which will allow you to do all your standard grabs and flips while flying through the air. 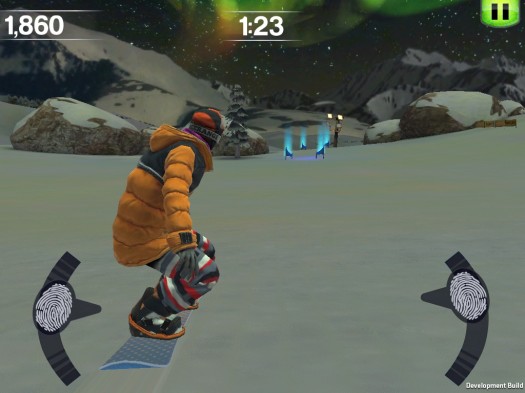 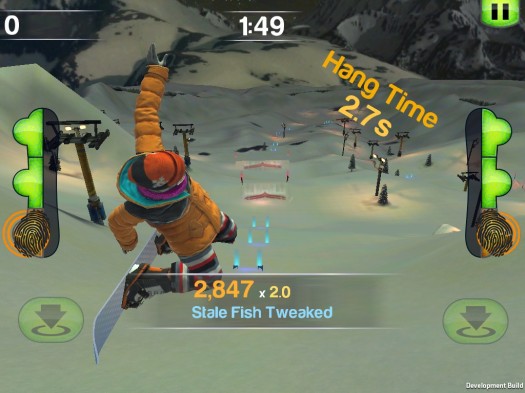 If all goes as planned, SummitX should be available as a universal app sometime this December. Initially, it’ll come loaded with 14 different paths spread across 4 different mountainsides and an entirely licensed soundtrack with over 20 different bands. There’s also plans for an iPhone/iPod touch-only non-universal build sometime after launch. Neat, right?