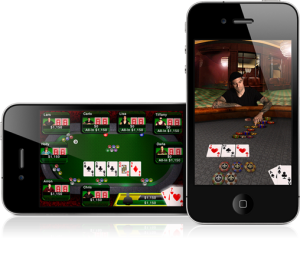 If you’re not an O.G. iPhone (or maybe even a original 3G) owner, chances are Apple’s own Texas Hold’em never even appeared on your radar. There wasn’t much reason for it to, either. It was originally released in late August of 2008, updated a few weeks later, then totally abandoned. Even though the presentation at the time was a major step above the other offerings on the App Store, Texas Hold’em was quickly outclassed by third part developers that included things like online multiplayer, multiple game modes, and more.

Apple just pulled Texas Hold’em from the App Store, which was the only game they ever released for iOS devices. If you’ve got a copy of the .ipa laying around, it’s probably a good idea to back it up somewhere if you at all care about keeping it. If you’re into reading tea leaves with every minor move Apple makes, this could signal them withdrawing entirely from first-party iOS game development. Although, you could really argue that they’ve already been withdrawn anyway.

If you’re curious what Texas Hold’em was all about, Apple’s web site for the game is still online, although don’t expect it to be there for long.