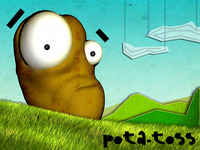 In brief, it’s a one-on-one fling game starring, of all things, potatoes of differing shapes, sizes, and character. Outside of its especially sharp art direction, we’ve been drawn to Pota-Toss because of its promising geo-location mechanics. 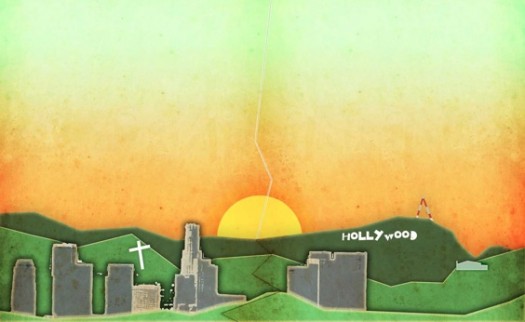 Score a hit, and the level is regenerated to present a bigger challenge. The plan is to launch the game with hundreds of levels and keep updating the title with more and more well after release. We’re hoping more potatoes are added, too.

The two designers on the project alerted the world to their ambition with a Kickstarter page and received the funding they’re looking for. Obviously, we’re not the only dudes out there thinking this might be The Next Awesome Thing. Take a look at its video and get drawn in like we were.