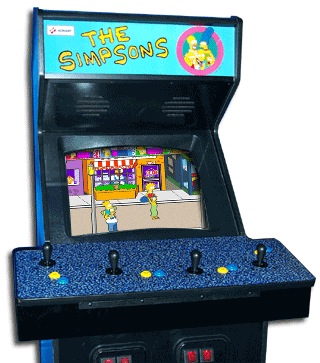 The folks over at XBLAFans have received a tip about a possible upcoming port of The Simpsons Arcade Game coming to Xbox Live Arcade, and if recent history is any indication, there’s a good possibility that it could be coming to the App Store as well.

Twitterer @lifelower notes that the Australian ratings board has rated The Simspsons Arcade Game and attached Backbone Entertainment as the author. As you may already know, Backbone Entertainment is like a golden god of porting old arcade and console titles to the various digital mediums of today, and are already responsible for bringing two classic Konami brawlers to consoles in recent years with Teenage Mutant Ninja Turtles in 2007 and X-Men late last year.

Now, consider that about 6 months after the release of X-Men on XBLA and PSN, a port of that port was brought to the App Store as a Universal game for both iPhones and iPads. The X-Men game did considerably well on the App Store too, which would lead me to believe that should one of their other highly regarded brawlers of the 90s arcade era, The Simpsons Arcade Game, come to XBLA then it would make good financial sense to see the game come to iOS as well.

Plus, iOS has already proven to be a great platform for old-school side-scrolling brawlers with Final Fight [$2.99], a great remake of Double Dragon [$1.99], 64th Street [$1.99], the Streets of Rage trilogy, and many more. As a huge fan of The Simpsons Arcade Game (and just The Simpsons in general), I would love to be able to have the game on my iOS devices, and while were at it that totally goes for Teenage Mutant Ninja Turtles too (why hasn’t this happened yet?!). 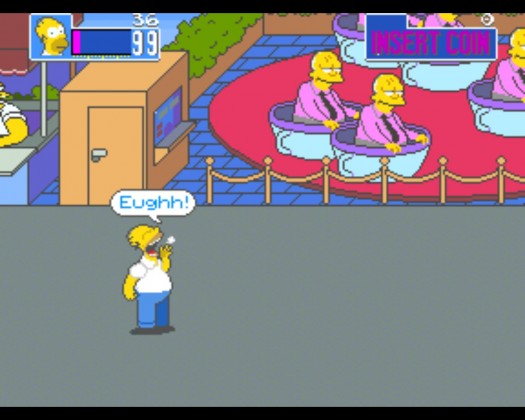 One wrinkle in my rampant speculation is that, as you may recall, we’ve already seen a Simpsons game on the App Store. Electronic Arts released The Simpsons Arcade [99¢/Lite] almost two years ago in December of 2009. It was a side-scrolling brawler similar to the arcade original, but wasn’t actually based on that game at all. It’s a pretty fun game to be honest, if not a bit repetitive, but it’s certainly not the same as having a port of the original arcade game. I have no idea if there is any sort of licensing issues with The Simpsons brand that might prevent a port of Konami’s game making it to the App Store, but it’s a possibility.

We’ll certainly be keeping our eyes out for a more official announcement that The Simpsons Arcade Game is coming to the console downloadable space, and if it is, I’ll be keeping my fingers and toes crossed that it eventually hits the App Store as well. In the meantime, check out this feature XBLAFans ran this past May discussing what they’d like to see in an updated The Simpsons Arcade Game port.