Old school RPG fans (and I mean old school) should be quite familiar with the Wizardry series. More than 30 years ago, Wizardry helped define the pen-and-paper Dungeons & Dragons experience as an electronic computer game, and went on to spawn many sequels and spinoffs since. The most recent of these is Wizardry: Labyrinth of Lost Souls from developer Acquire. The game was a modern homage to the classic Wizardry games, and was released on the PlayStation Network as a downloadable title this past summer. 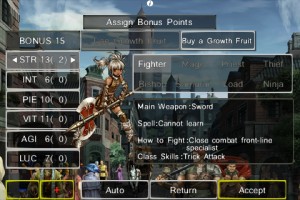 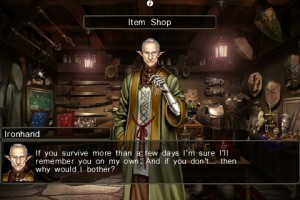 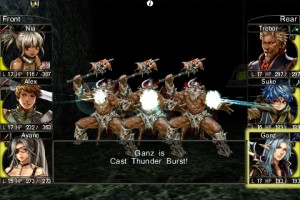 Now we have learned that Labyrinth of Lost Souls will be making the jump from PSN to the App Store this Thursday, Novermber 3rd. Despite being a fairly newly developed game (the original launched in Japan in late 2009), Labyrinth of Lost Souls is purposely entrenched in the archaic roots of the Wizardry series. Many of the modern aspects that you’ve come to appreciate from the RPG and dungeon crawling genres aren’t present here, which is something that didn’t quite resonate with a good chunk of the PlayStation 3 audience. However, I think a quirky, old school-inspired title like Labyrinth of Lost Souls will have a comfortable home on the App Store.

Wizardry: Labyrinth of Lost Souls will feature ten characters to choose from, and you’ll need to create a party of six to take down into the depths of the two massive dungeons in the game. Leveling up your characters, finding items and weaponry, and dueling with scads of monsters are all on the agenda in Wizardry. The game will be launching for free with the first floor of the “Dungeon of Trials" available to explore and play, and a level cap of five for your party members. If you want to continue on, you can open up the rest of the game for a $9.99 in-app purchase. We’ll have more from Wizardry: Labyrinth of Lost Souls after it launches later this week.