There’s not much to say about the Hector series — rushing headlong to its conclusion in Beyond Reasonable Doom [$4.99 /$6.99] — that hasn’t been said before. We’ve noted its sharp writing; its high production values; and, most importantly, the way it continually tweaks and revises the traditional adventure genre.

Straandlooper have achieved this by making each episode in the series structurally unique. Ep1 gave Hector three discrete objectives to complete while Ep2 led him through a long and meandering investigation. Episode 3, though, is very clear cut in its goals: Hector most stop a terrorist from using biochemical weapons on the Clappers Wreake fair.

This seems obvious enough, given the tone and the narrative arc we’ve come to expect from the Badge of Carnage series. Where Straandlooper really shine, however, is in the way that every single puzzle in Beyond Reasonable Doom buttresses that core objective — the game isn’t comprised of several small puzzles so much as it’s one huge, multi-step inventory management bonanza. Literally everything you do pushes you closer and closer to stopping Barnsley the Terrorist, and because each piece is tied to the next, Ep3 constantly pushes players forward in a positive feedback loop. 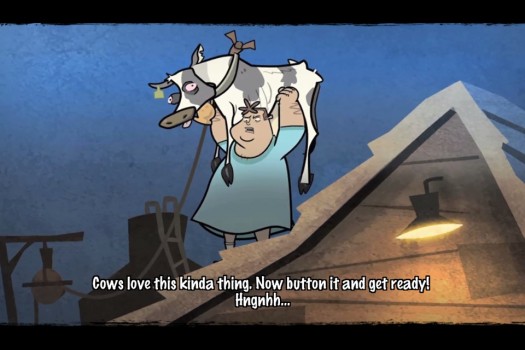 Beyond Reasonable Doom is a deceptively short game, its length masked by the way the tension in the game builds over time. Hector successfully defeats Barnsley at least four times, by my count, each plot twist building on the last. As a result, the game’s climax isn’t just another puzzle, but takes place within the context of a unified, over-arching goal. Instead of feeling routine, Beyond Reasonable Doom‘s ending feels conclusive and satisfying.

And the puzzles themselves are the best of the series yet — after three games, Straandlooper has had plenty of chances to respond to audience feedback and they seem to have taken advantage of the benefits of episodic content. (The flipside, of course, is that after three games, I just know what to expect from the series and don’t find it as hard.) 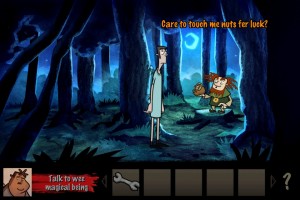 Again, the puzzle design is complimented by the game’s structure: because the majority of the game takes place at a fair, all of the puzzles are riffs on the bad food, long bathroom lines, carnies, and other general weirdness that you find any time the unwashed masses gather. Beyond Reasonable Doom uses its restricted geographical space to its advantage — nothing is out of place, the player rarely has to wander aimlessly for the next inventory item, and each solution is intuitive and (more or less) logical in the context of the gameworld.

The trade-off, however, is that this entry lacks some of the notable setpieces that defined Senseless Acts of Justice [$4.99]. The climax aside, Beyond Reasonable Doom keeps its narratve and gameplay beats relatively flat — it’s probably the most refined and straightforward game in the bunch, but it’s also the least ambitious.

Straandlooper have a knack for incorporating comedy tropes into their games — the first two games make fun of buddy cop shows almost exclusively, but the last one is more domesticated and mundane, the game equivalent of “What’s the deal with airplane food?" In other words: it’s hard to create a fully-realized city, which is what Straandlooper tried to do with Episodes 1 and 2; it’s a lot easier to really flesh out one common experience in one part of a city — who hasn’t been to the fair before? — and Beyond Reasonable Doom is better and funnier for it.

That’s not to say the game isn’t without its faults. For all the subtle ways Straandlooper have tried to tweak the Hector series, Beyond Reasonable Doom still over-relies on long, branching dialogue trees to impart important information or plot exposition.

Nevertheless, I think Straandlooper have proven themselves worthy torch-bearers of the genre – they have a knack for comedy and clearly understand that their deft execution largely mitigates any complaints of old-fashioned or non-innovative design. The Badge of Carnage series has been good throughout, and Beyond Reasonable Doom is no exception.