It’s been about a year since decades-old studio Elite Systems brought their ZX Spectrum: Elite Collection [iPhone, iPad] and the first wave of its retro titles to the App Store. Since then 150 titles have become available through their Spectrum emulator, giving retro fans much old school gaming goodness to play with.

Since then, Elite has been hard at work engineering a completely new system through which to bring an even broader range of retro classic to iOS gamers. I recently had a conversation with Elite co-founder Steve Wilcox who filled me in on some of the titles that are on the way in the coming Elite Collection of 8-bit home computer games, as well as details surrounding their newly completed proprietary technology that went into it. The new system is a facilitator, of sorts, that was designed in such a way as to not incorporate, reference, or in any way rely upon third-party property and that is able to deliver, to iOS, games that originated on platforms other than just the ZX Spectrum in near-100% original form.

Elite has been busy licensing classics from a wide range of developers and it sounds like iOS gamers are in for a trove of titles to be delivered through the studio’s new system. The first stage in the deployment consists of nine games developed across North America, the UK, and Germany. 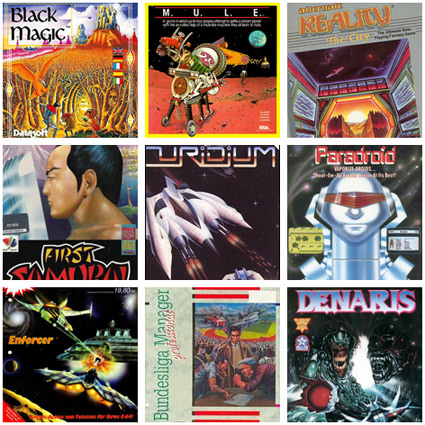 The launch games of North American origin are:

The launch games from the UK are:

The launch games from Germany are:

These games will be released as individual iOS applications, three at a time. The first three titles from the list of nine set to arrive in the App Store are Black Magic, First Samurai and Enforcer, which should land by month’s end. A great many more titles will follow, and Wilcox tells me that, down the road, game bundles configured as collections will be offered, as well. 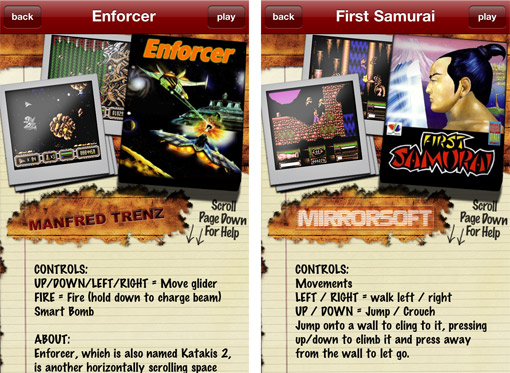 On a touchscreen device, controls are, of course, a particular challenge when bringing over games that were written with joysticks and keyboards in mind. And, while in such cases a touchscreen is never a match for physical controls, Elite has done an impressive job with the highly customizable “iDaptive" controls used in their iOS Spectrum offerings (demonstrated in this video). Steve informs me that in the upcoming Elite Collection, the iDaptive controls are brought to the fore and will allow players to heavily customize the control experience.

As a huge fan of the solid, basic gameplay of the classics of old, I’ve been impressed with Elite’s efforts so far with its ZX Spectrum: Elite Collection. This latest news from the quarter-century old studio shows a true commitment to bringing these classics to a new generation of gamers and is an effort I whole-heartedly applaud.

We should have the first wave of games in our hands in just a few days and will share our reactions shortly. Stay tuned.