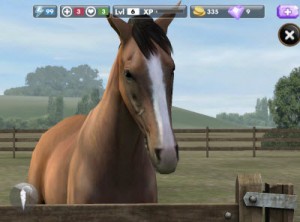 Fresh off another heavily physics-based sports title, Natural Motion Games is going to hit us with a My Little Pony-like game. No, seriously — Venture Beat has the exclusive on the studio’s My Horse, a horse simulation game that’ll feature radical horse physics, radical horse visuals, and radical horse grooming, feeding, petting, and training.

In addition to this, it’ll feature an RPG-like progression system and IAP functionality. And while the visuals on display are pretty hip, it seems pretty obvious that this is a game for the casual crowd and not us hardcore, push-it-to-the-limit types.

Venture Beat reports that each horse in the game will move and act in different ways, and all the horses will be differentiated in terms of look. It’s probably important to note that this is an outsourced project — Natural Motion is using MunkyFun for the actual development of My Horse.

As silly as it sounds, I’m all about this. I plan to maintain the nastiest horse this side of Shadowmere in My Horse, provided it allows me to create an undying, fast-traveling horse with red eyes and an ugly demeanor. I guess I’ll know for sure when the game launches in the next day or so on the App Store for the radical price of $0.