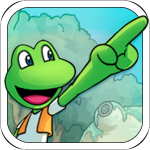 In June of last year, Revolutionary Concepts and Tangible Games brought us Banzai Rabbit [99¢/HD], a modern take on the Frogger formula with slick 3D graphics and a bunch of new gameplay elements. We thought they did great justice to the classic arcade game in our Banzai Rabbit review (and even more so after they nerfed the difficulty a bit), and put a fresh new perspective on the gameplay while keeping the core Frogger mechanics intact.

Fast forward to just this last month, and Revolutionary Concepts struck a partnership with Konami to bring Gesundheit! [99¢/HD] to the App Store, with the help of artist Matt Hammill offering his whimsical style to the graphics in the game. Now, Revolutionary Concepts has announced that they’re once again partnering up with Konami, Tangible Games, Matt Hammill, and even esteemed composer Alex Khaskin to honor this year’s 30th anniversary of Frogger with the upcoming Frogger Decades. 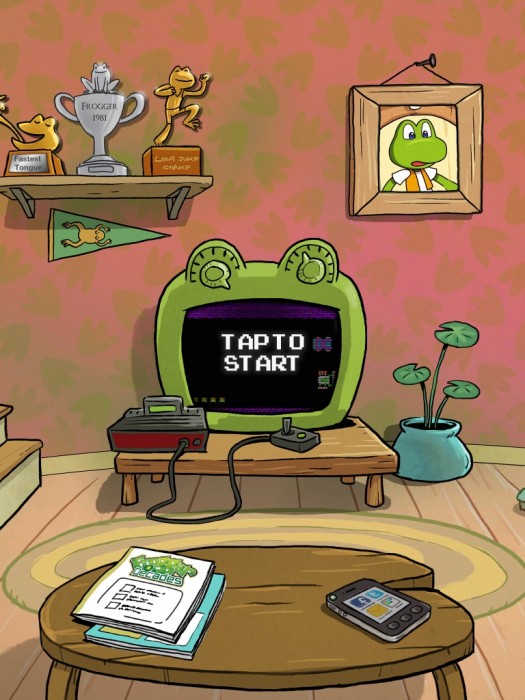 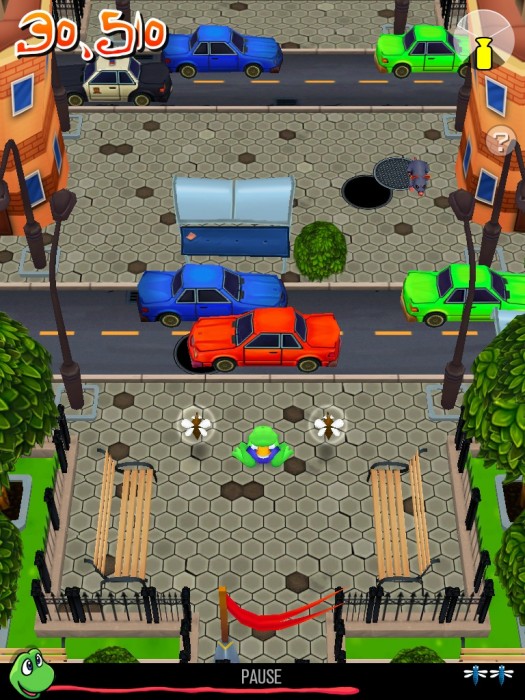 It’s somewhat ironic that Revolutionary Concepts is being handed the keys to the Frogger IP from Konami. In fact, Banzai Rabbit was originally known as Frogman, but due to concern about the possibility of infringing on the Frogger IP the main character in the game traded in his warts for floppy ears and a cotton tail. But, Konami was impressed with the studio’s ability to pay homage to classic franchises as they had with Karate Champ [99¢/HD], Road Blaster [$1.99/HD], and Cobra Command [99¢]. Now, more than a year later and Revolutionary Concepts is bringing yet another modern take on Frogger, this time with Konami’s full blessing.

Frogger Decades begins when Frogger heads out to catch a few flies for lunch, and while out and about his friends leave a note on his door with directions to a party they’re throwing for him in celebration of his big 30th birthday. But, the evil Doc Croc gets his hands on the map first and changes up the route to the party, forcing Frogger to traverse through 5 dangerous locations and 10 huge levels in order to finally end up at the party. The story is told in-between levels using fantastic cutscenes drawn by Matt Hammill which are just oozing with personality. 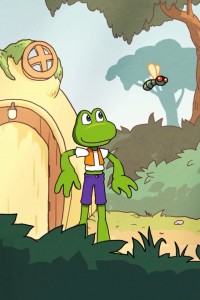 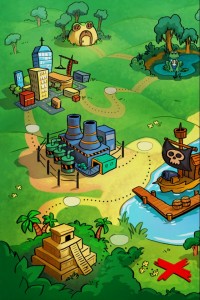 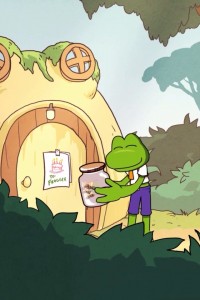 Like Banzai Rabbit, the core Frogger mechanics are kept intact in Frogger Decades, but expanded upon and taken in new directions. You’ll still be hopping around on a grid-like play field, but rather than the single screen of the original that had you continuously moving your frogs back and forth, the levels in Frogger Decades are lengthy vertical affairs, filled with all sorts of interesting terrain and plenty of enemies out to get you. Poor Frogger, if only he’d known about the safe and direct path his friends had originally laid out for him!

Controls are either swipe gestures or a virtual d-pad and buttons, and both work pretty well, though so far I’m preferring the swipe-based controls. In addition to just hopping around, Frogger has several special moves, like flicking out his tongue to collect flies or move objects and various kinds of jumps which help him make it through the challenging terrain in the game. If you’ve played Banzai Rabbit, many of Frogger’s moves will feel pretty familiar. 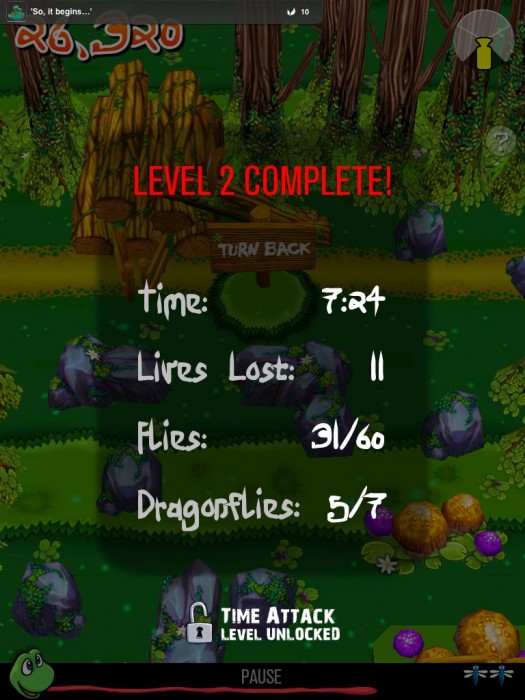 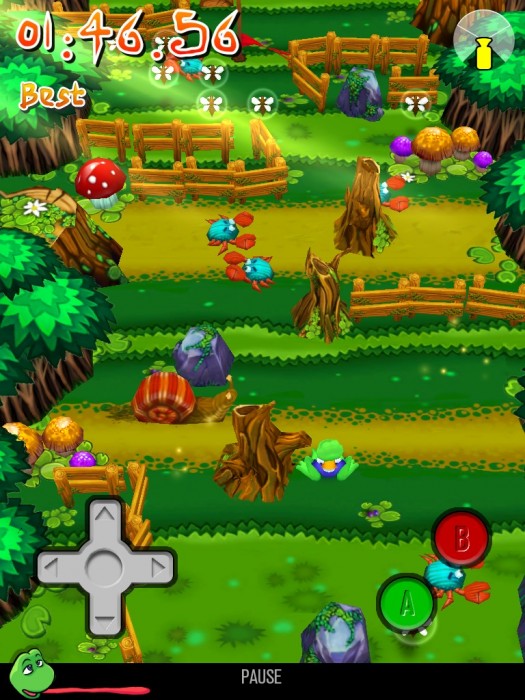 You’re also under time constraints in each level, so you’ll need to keep moving rather than just admiring the gorgeous 3D scenery. Thankfully there are plenty of checkpoints along the way, so dying at the hand of an enemy or hazard, or not moving quick enough before the level scrolls past your position isn’t too much of a hindrance as you’ll just get sent back to your checkpoint. Frogger Decades has been a difficult ride during my time with the game thus far, but it’s a nice kind of challenge that pushes you to keep at it and rewards you for thinking on your feet and acting quickly.

Update: Revolutionary Concepts has sent over the official trailer for Frogger Decades, posted below, and a discussion about the game has sparked up in our forums so be sure to stop by.

I’m really enjoying what I’ve played so far of Frogger Decades, and look forward to continuing on through the rest of the game. If you’re liking what you’re seeing and reading here as well, then you’ll be able to get your own hands on Frogger Decades when it launches as a Universal app this coming Thursday at an introductory price of $1.99.