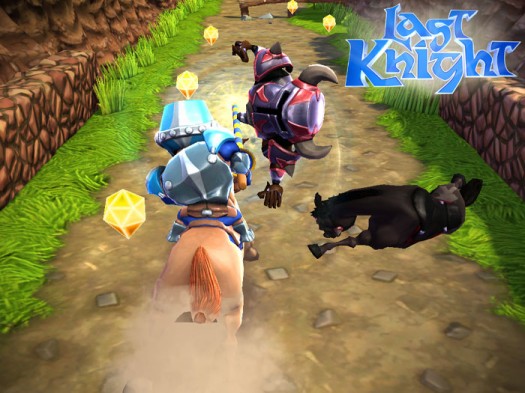 Last week Crescent Moon Games announced on their Twitter that they would be publishing an upcoming game called Last Knight, developed by Toco Games. Attached to that announcement tweet was a promo image that didn’t show actual in-game graphics, but did hint at the cartoony art style in the game and provided several interesting tidbits of information.

First, the game is described as an “endless 3D jousting” game, although more accurately it’s a third-person endless running game with a jousting theme. As explained by Josh from Crescent Moon, you’ll travel down a path in various environments and encounter evil knights and other types of enemies as you collect gems along the trail. The second bit of information we know about Last Knight is that it’s being built using the Unreal Engine, and it’s looking mighty sharp as you can see for yourself in the first screenshots of the game (click to enlarge): 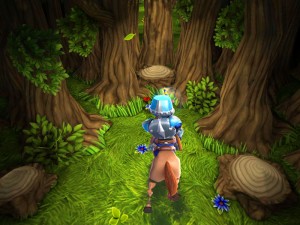 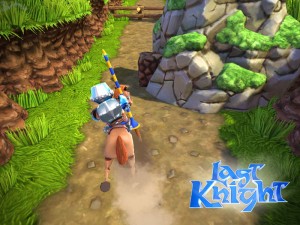 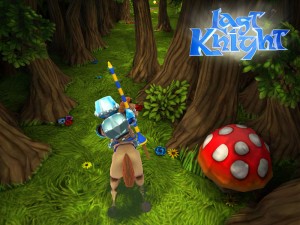 Finally, and perhaps most importantly, the promo image claims that Last Knight will include ragdoll horse physics. Again, that’s ragdoll horse physics. Long have I waited to finally see a game which will accurately portray a horse flopping around the physics environment of a game, and Last Knight promises to fulfill that wish for me. So far the game isn’t scheduled for release more specifically than “this Fall”, but we’ll keep our eyes open for any more pertinent information on Last Knight and in the meantime you can discuss the game in our forums.