Just a couple of months or so ago, we were properly confused by Bungie’s mysterious “Crimson” trademark, its “Bungie Aerospace” trademark, and its move to put an official stat-tracking app (and more) on the storefront. Now, we feel a little bit better, as we’ve been piecing the puzzle together thanks to a reveal or two. Crimson is a game, Bungie Aerospace is a new label from within the studio, and that app was made to support games down the line.

Now that you’re all caught up to, I’ll hit you with this: Crimson, a co-production between the aforementioned label and Harebrained Schemes, is a pirate game slated to hit the iPad at $0 on September 1st. It’ll hit the iPhone, iPod Touch, and Android phones at a later date. 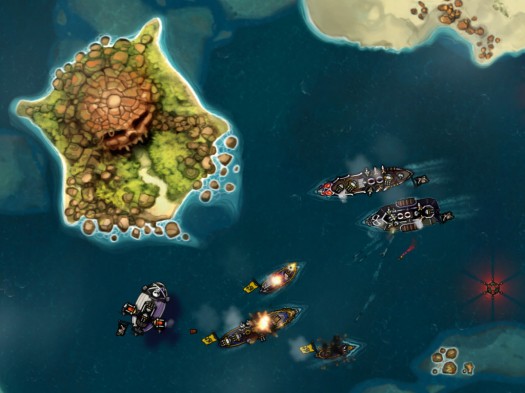 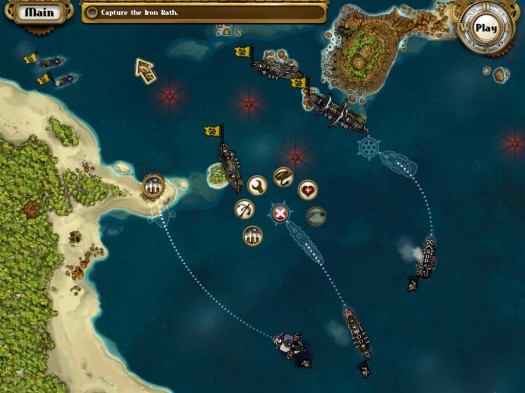 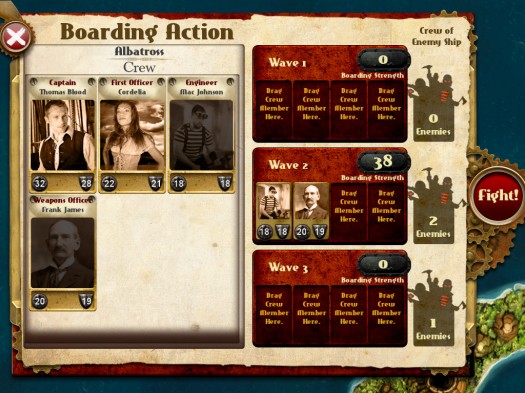 We know this because of a brand new handy-dandy website dedicated to the game, which also makes note of the full name, Crimson: Steam Pirates. According to the blurb on the side of the page, Steam Pirates is a turn-based strategy game that somehow blends moment-to-moment action into the equation, too.

From what we gather, you’ll control a fleet of ships across a total of eight possibly story-led “voyages” and use over a dozen different kinds of ships, “over 20 unique crew members” with special powers, and be linked into Bungie.Net’s super slick stat-tracking. 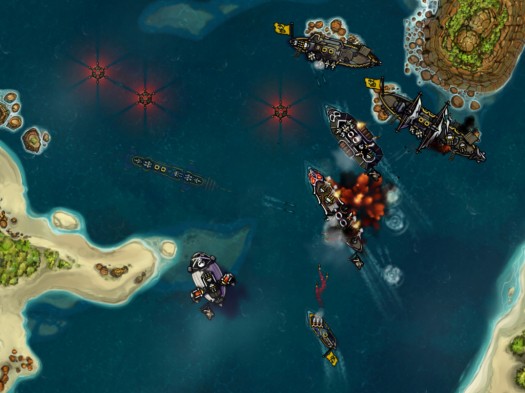 If you get the itch to play more of the game beyond these eight missions, you’ll be able to grab eight more on launch day for $1.99 (cheap!). Eight more voyages are being planned for a release later.

Harebrained Schemes has its own page for the game, too, which really fleshes out the story, the mechanics, and the game’s systems. The FAQ, which is probably more relevant to your interests at the moment is located here. I link to that realizing it’s really hard to come to grips with precisely how a strategy game plays by reading about it in little chunks like this, so we’ll definitely do our best to get our hands on it and bring you a cohesive write-up. My gut says this will end up being a sleeker, more controlled approach to Pirates! action.

UPDATE: A user in our comments reminds us that Harebrained Schemes’ Jordan Weisman was one of the dudes behind Pirates of The Spanish Main, a “constructible strategy game." We can see some light connections between the products.