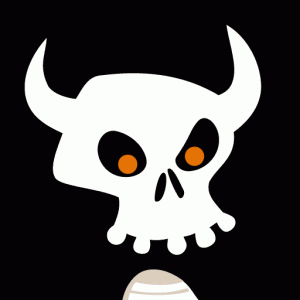 If you asked me an hour ago what Toxic Blob’s Sin Or Win was, I wouldn’t have been able to tell you. What I would have done instead was stutter and re-direct to the topic of fantastic art direction and production, which is something that the ambitious iPad title has. Its look sort of reminds me (roughly) of Grim Fandango, but with a few extra indescribable layers cuteness throw into the mix.

Sound outsourcing aside, Sin or Win is the product of a one-man studio, Jamie McCarter. During the week he’s a VFX artist on films, but he moonlights as an iOS developer. He’s shown Sin or Win in person at least once since exiting the alpha phase, but he’s also reaching out on our message board to connect with the real App Store enthusiasts out there.

I’ve been in touch with Jamie since catching a glimpse of the game on our board. We’ve all had a few problems parsing the mechanics and goals of the game from the teaser footage, so I had him explain the gist of the game to me via e-mail.

“In the game, the cavemen come from either side, and following the Grim Reapers’ command, leap into the abyss,” he told me. From here, you’ll get the choice to either save cavemen (winning) by flicking them into clouds or kill them by letting them dive into the pit and burn to death (sinning).

Sin or Win will offer to different scoring charts based on your choice of play, but the core goal will always be to play as long as possible in a single match regardless of moral choices.

“It is, in a sense, similar to the card game Hearts. One can take the Queen of Spades and attempt to Shoot for the Moon, but it’s a difficult path and if one isn’t careful / skilful enough one might just end up with a lousy score," Jaime explained to me.

Saving cavemen is a great way to bolster your score, but  it isn’t without its dangers. Flick without regard, and you might knock other cavemen you’ve saved from the safety of the clouds and into the pit. You’ve also have to avoid UFO, storm cloud, and monster attacks, which as you’ll see in the trailer, won’t be pleasant. 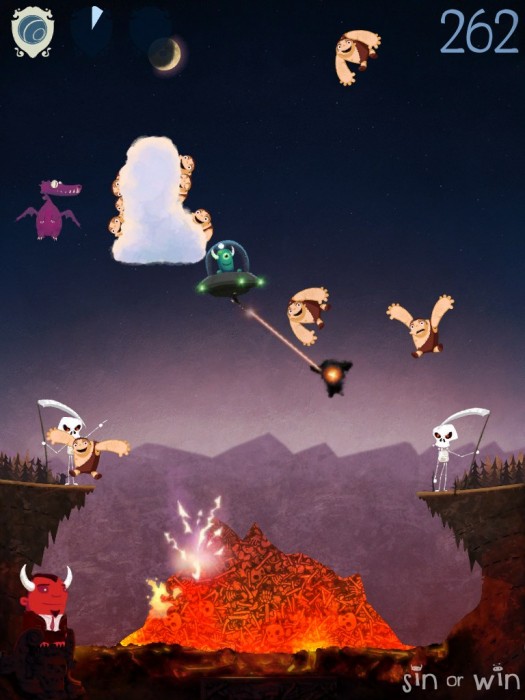 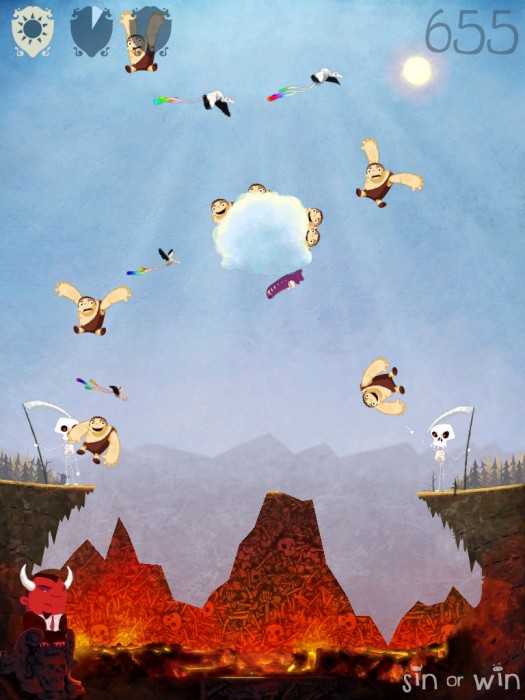 Sinning is the most appealing route to me on paper. Any time you let a caveman fall into the pit, points are subtracted from your score and the pit gradually fills. Jamie told me that to in order to “sin” well, you’ll have to master juggling the cavemen for as long as possible before dropping them into the pit, as the pit will slowly re-level for maximum murder potential.

There’s more to all of this in the realm of score modifiers and combinations, but I’ll leave that kind of specific detail to future coverage. The game is currently in beta and will remain in a refinement phase for a bit, as Sin or Win isn’t schedule for release until this September. Get this in my hands already!