Binary Square’s Flick Rocket [$.99] is a gesture-based amalgamation of Missile Command, Centipede, Asteroid, and Space Invaders that has you firing rockets from a centralized turret into a swathe of vertical space occupied by roving beasts nabbed from its source material. Where it has the most bang is in its over-the-top presentation, which assaults your senses with its lo-fi, retro-infused arcade sound effects and vector-stylized world. Where it fails is in its lack of precision and content. As far as flaws go, those are pretty fundamental, but I feel like the rudimentary action mechanics and even the stilted content to some degree are almost perfect for a pick-up-and-play game. If you rock Flick Rocket in bursts, you’ll get something out of it, which is a vague way to say that you’ll probably get those basic, visceral thrills that all of the classics its based on have provided for eons.

As of right now, Flick Rocket boasts three different styles of play that can be accessed in either its pick-a-level campaign or its arcade score-attack mode. The most satisfying of the trio is its Space Invaders mode, which simply has you hammering a squadron of roving crabs with unlimited missiles that you flick out of your turret with a swipe. The other two styles of play are basic riffs on Centipede and Asteroid: one has you battering a squirming worm that drops a mushroom for every segment you explode, while the other has you pummeling space rocks. You get infinite ammo in all the modes, as well as access to power-ups that allow you to stop time and do fun stuff like bounce your rockets off walls. 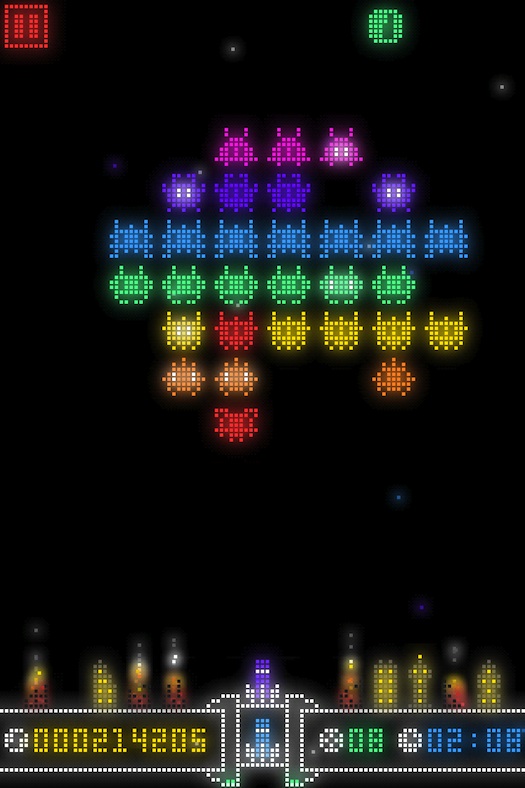 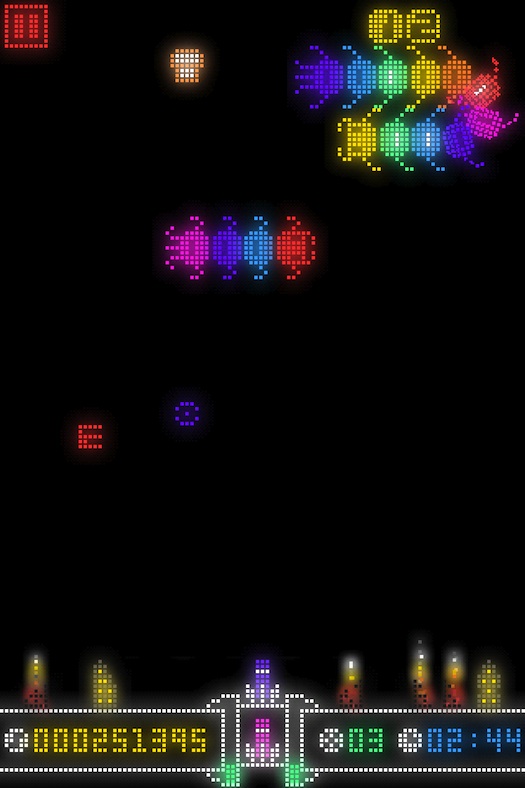 The goal is always to protect the city underneath the action. The foes, whether its from straight-up attacking or from secondary flack, can easily obliterate the eight or so buildings you’re charged with protecting if you’re not on the ball, so you’re asked to stay on your toes. Overall, it’s a simple enough play formula, and its satisfies in that overly basic and cozy kind of way. Oddly, you never really feel like you have total control over where the rockets go, despite that being the central conceit of the game.

I also kinda think that the enemy spacing is a tad too close and the explosions from rocket-to-enemy impact are just a smidgen too weak. Despite the fact that you’re firing rockets half the size of the enemies, you don’t really get a solid sense of empowerment, and I think the precision factors into that, too.

But, again, this is a really simple, retro-infused title. I feel like I’m saying that Pac-Man is broke or something whenever I criticize Flick Rocket. So, to be perfectly clear, the core concepts and the mechanic at work in this game are entertaining, though these are fleeting feelings. I like Flick Rocket as a lunch break-type of game, where you just go in and get your kicks and get right out. It doesn’t have the substance to hold your attention for long anyway, but I don’t think it really needs to.

It’ll be interesting to see this game expand in the future. The campaign mode leaves several, several bubbles open indicating that new mechanics are coming. My gut doesn’t says this was a horrible choice; games that feel content-light shouldn’t really advertise the fact that they are indeed content light, but it’s nice to know  that more is planned, I guess.

Anyway, if you’re in the mood for some old-school action, Flick Rocket is definitely a good place to start looking for action. It’s entertaining enough for what little it is. Check it out if you’re intrigued, though, or need another good time waster.