I’ll set the scene for you youngsters out there– It’s the late 90’s, you finally upgraded your weird Motorola flip phone to a fancy looking new Nokia candy bar with amazing new features such as a clock, a calculator, interchangeable faceplates… And the best of all: Snake. You’d go on to quite literally spend the next few years of your life playing Snake, as well as discussing strategy, tactics, and top scores with friends who all shared the similar problem of having a state of the art phone with a single game on it.

Even though the game was made popular by these Nokia phones of the late 90’s, the concept behind Snake itself actually had roots going all the way back to 1960 where it was originally played on an IBM 1620 at the Physics building at UC Berkeley. This ultra-primative version of the game was displayed on an oscilloscope. Derivative titles then went on to make their way into arcade machines, the Atari 2600 launch lineup, the TRS-80, the TI-99/4A, and tons other classic platforms. 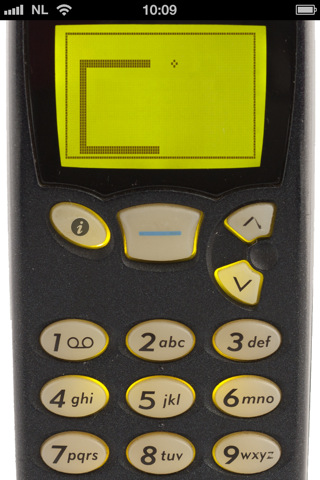 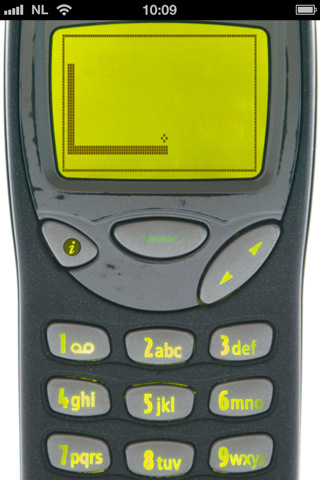 Enter Snake ’97 [99¢ / Free], an absolutely marvelous rendition of the classic Nokia Snake. It features multiple virtual phones for you to play on, as well as all the original sound effects and (as far as I can remember) shockingly accurate gameplay. If you’ve similarly invested years of your life into playing Snake on your old Nokia, this is something you simply must have on your iPhone.

There’s both a 99¢ version with no limitations, as well as a free version which allows you to play to a top score of 200. If all you’re looking for is a taste of nostalgia, the free version is fine… But for true hardcore Snake players, that 200 point ceiling is going to come way too soon.