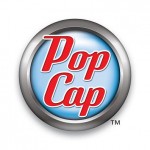 “Another studio consumed and ruined by EA,” a TouchArcade reader said when the rumors were confirmed: EA has acquired PopCap Games in a deal that could reach upwards of a billion dollars. “Saddest news all day,” another reader said. “I do not look forward to seeing Peggle 5: Black Ops.”

These are extreme thoughts, but they speak to a basic concern: somehow, someway, the big publisher will find a way to screw up the inner-workings of the Seattle-based developer and smother its creative flame.

During an investor’s conference call the other afternoon, EA CEO John Riccitiello spoke to this, essentially stating that EA will be taking a “if it’s not broke” stance, but will help the developer meet certain production goals faster due to its larger pool of resources and greater bandwidth.

“It’s already a rapidly expanding, margin-expanding business before we got there," Riccitiello said during the call, according to Shacknews. “So on one level, don’t break it."

“Some of their most important designers and creators and producers are stuck to perpetually working on language localization, individual handset adaptations, individual carrier adaptations. It’s a lot of work… It’s very unproductive work for great designers,” he said, adding that the publisher has the facilities to aid PopCap and get these designers off these tasks and onto more creative projects again.

“… sometimes there are a number of big revenue opportunities inside of PopCap, but they don’t realize anywhere near as quickly as they could because they’re servicing existing needs to push code for the next 25 handsets for Android. EA taking that up to low-cost locations frees them to realize against that opportunity.”

As if it wasn’t clear by previous activity, EA is serious about the digital space. In fact, it hopes to become a $1 billion dollar digital business. Chewing up, torturing, and then spitting out the studios that its acquiring to reach this goal isn’t a solid strategic move. That kinda runs contrary to its desires.

For what it’s worth, EA hasn’t mucked up Chillingo, Pogo, or Firemint. These companies are still churning out or scooping up the same caliber of games they were beforehand, but now with the oomph of a massive publisher behind them.

It’ll be interesting to see moving forward if EA keeps good on these reassurances regarding PopCap Games. Based on EA’s track record I have a feeling that, in the short-to-mid-term, not much is going to change creatively for the studio. We’ll see.