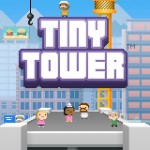 Most of us here have been anticipating NimbleBit’s Tiny Tower [Free] since the developers first announced it. Their last take on the freemium model was the extremely successful Pocket Frogs [Free], a game that I still pull out a few times a week.

So the big day has come – does Tiny Tower live up to the hype? Yes, with one suitably tiny caveat: this isn’t the second coming of Sim Tower. Let’s just get that out of the way up front, because the early screenshots gave some people that impression. That aside, yes, Tiny Tower is a fantastic, adorable successor to the Pocket Frog empire and it’s just as hard to put down.

Here’s how it works. Upon starting the game, you’re greeted by a fresh new tower and a simple lobby. Working through the tutorial, you build your first residential floor and your first production floor, move in your first Bitizen and give them a job. The Bitizen gets to work creating items to sell, bringing in coins. Spend those coins on building more floors and eventually your tower will reach up into the sky. 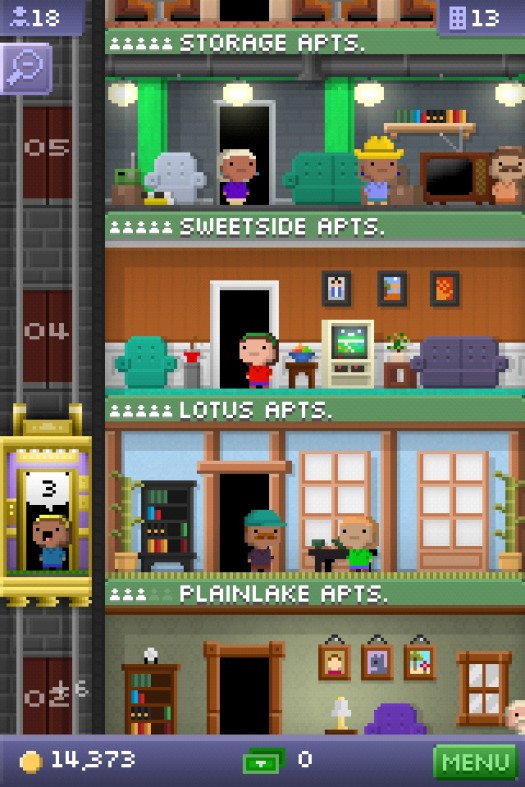 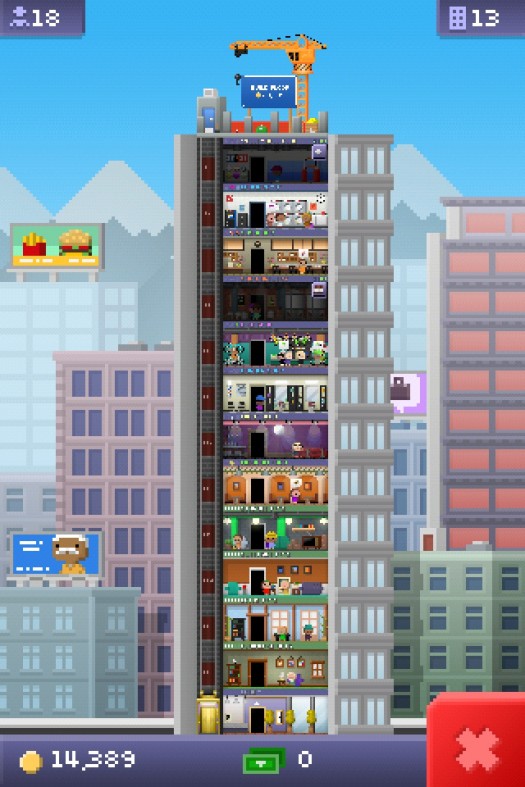 Each floor has three items to stock, and each one is on a different timer. When an item’s stock sells out, its your job to tell your Bitizens to order more, a task that takes anywhere from a minute to a few hours depending on the item. When that timer fills up, you also need to order them to put the item up for sale again. When you’re overseeing a few production floors, this means checking in occasionally. When you’ve got a 40 story tower, on the other hand, this production cycle will quickly take over your life—if you let it.

The game uses local notifications to let you know when the first item is available to restock after closing the app. This is a great way to stay on top of your towers’ needs early on, but with enough production floors it might just make you crazy. I turned notifications off pretty quickly, and discovered something cool—unlike most of these “appointment gaming" types, I can peek into my tower at any time and find something to do. There’s always something ready to stock, or someone waiting to ride the elevator. So Tiny Tower fits perfectly into any little gaps of time you have for it. And with no spoilage mechanic, the only thing to lose by ignoring it is the coins you could have been earning in the meantime. 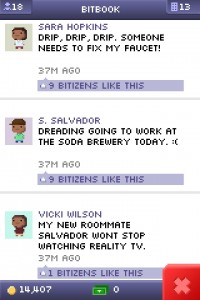 If this all sounds like a lot of managing timers and pushing buttons, you’ll be happy to know there’s a bit more to it. The Bitizens are really the heart and soul of Tiny Tower. Their comings and goings will occupy a lot of your attention. For starters, they each have their own set of talents. There are five categories of production floor, and individual Bitizens are stronger working at some and weaker at others. They also have their own little dreams. Bitizens working in their dream jobs are better than their counterparts, and you get a tidy bonus for putting them there. Want to see what they’re thinking? Hit up Bitbook, a virtual social network for your virtual workers that’s filled with quips and little hints.

You’re also in control of their literal comings and goings, because you control your tower’s elevator. Ferrying Bitizens to their destination nets you tips, both in coins and Bux, the game’s premium currency. Occasionally, VIPs show up to add a bit of strategy to the game. They have special abilities, and where you drop them off can make a big difference to your production.

For the creative types, you can customize your tower to the nines. You can’t pick which floors are built, just which categories you’re creating, but you can move your floors around and paint them to match any color scheme you can imagine. You can also dress up your Bitizens with a palette and outfit randomizer. It took a bit of persistence, but I’ve got all my employees dressed smartly in per-floor uniforms. The adorable pixel art makes this extra satisfying.

The premium aspects of the game are more than fair. You can buy Tower Bux with real money, but you can also earn them as tips or as bonuses for fully stocking a production floor. A Where’s Waldo-style mini-game also awards them. You can exchange them for coins or as timesavers to build a floor faster, finish stocking it, upgrade your elevator or move in a Bitizen. If you’re really keen to get ahead, purchasing Bux will help. But if you just play regularly you’ll always have lots to do and plenty of chances to expand. Nothing is locked out for players who don’t want to pay.

Other than a nitpick or two (it would be nice to toggle the elevator-style music off and keep the sound on, for instance), my only real concern is the lack of social integration. These games are always better with friends (many of whom you can find in our forums), but the only thing you can really do with your buddies in Tiny Tower is compete with them on the Game Center leaderboard and for achievements, and look at their towers. Maybe we’ll see more social options in the future, like something to exchange with friends or something to do in their towers.

But enough talk. Tiny Tower is another great, free game from the guys at NimbleBit, and you should definitely check it out. Just try not to get too caught up in the lives of your little Bitizens – it’s important to put the game down once in a while.