Remember back in late February when Gameloft announced that they were going to be using the Unreal Engine in future games? Since then, every time Gameloft announces a game rampant speculation has exploded on our forums regarding whether or not it’s going to be the first Unreal Engine game. Heck, I’m even guilty of getting in on the speculation game. 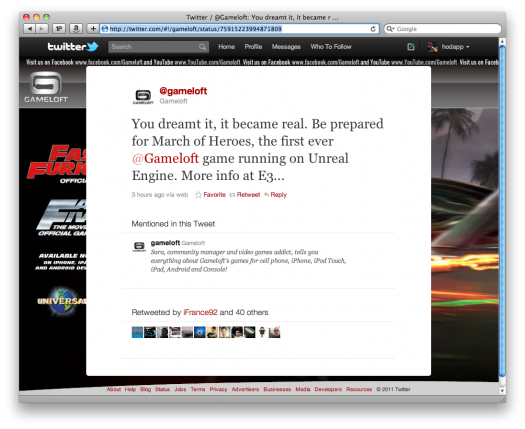 According to a tweet this morning, March of Heroes will be Gameloft’s first Unreal Engine game, with more details being released next week at E3. That’s all we know right now, so feel free to go wild guessing what kind of game it’s going to be.