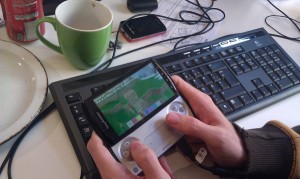 Minecraft for mobile phones is coming to Android first as an Xperia Play exclusive, the game’s developer Mojang confirmed to us in a brief e-mail exchange this morning.

This news comes on the heels of a rash of E3 invitations-turned-blog-posts. Yesterday, Play creator Sony Ericcson blasted out a digital invitation to a June 7 mixer to several members of the enthusiast games press. The invite was adorned with Minecraft art and, as if that didn’t do the trick, also referenced a well-known explosive enemy in the game.

With the surprise blown, Mojang is now able to confirm the project, which is formally called Minecraft – Pocket Edition. As you’d assume, it will have controls fitted to the Play’s touch pads, buttons, and d-pad, and will feature changes specific to the hardware and the, perhaps, less attentive audience.

“When playing on smart phones you will have a different screen size compared to PC, different hardware, different attention spans and thus the game needs to be customized to fit the mobile specifications,” a representative told us. 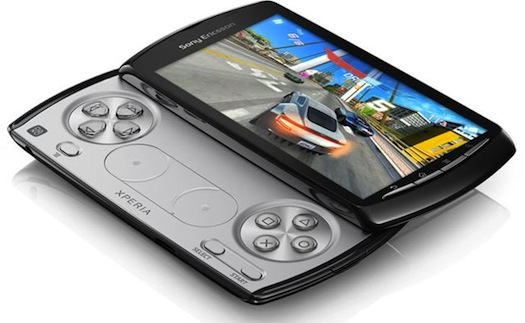 If you know Minecraft, you know Mojang doesn’t kid around with updates. The PC hit is updated a lot with the occasional game-changing overhaul, as well as standard tweaks, enhancements, and bug fixes. Mojang suggests this will be the case with Pocket Edition, too.

“The development process will follow the one we have for PC, release early and update frequently,” the same representative told us.

Apparently, more will be revealed about Pocket Edition during E3. As of right now, we still don’t know its price, release window, or possible cross-platform functionalities. If you read between Mojang’s lines about this version of the game, however, the latter seems highly unlikely. 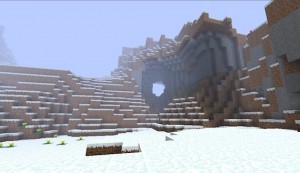 One thing we’d love to know is if Pocket Edition is a PlayStation Suite joint. If it is, then it’s possible that this version of the game will work on the NGP as well as other Android 2.3 , PlayStation-certified devices. As reported eons ago, Sony plans to keep a hardware-neutral stance with the Suite platform, so cross-platform play is possible provided that Sony’s device requirements are met.

We’re not sure what this means for the iOS version of Minecraft in the short term. The studio still refers to this version as an actual project, but if this exclusive has a long-ish tail, you’ll be waiting for awhile obviously. Will development slow or stop in the meanwhile? We’ll ask.

The Xperia Play is available for purchase tomorrow in the US for $199 with a two year contract. I’m guessing that Mojang will be counting the days until this agreement is over if the desire for the Play’s games is as poor in the US as it has been in the UK, Canada, Ireland, and Spain. Mid-month reports from sales in these regions indicate that under or around 1,000 units of each of the five PSOne classic exclusives have been purchased. That’s not… good, to say the least.

Then again, Minecraft is a big deal. Perhaps it can push the platform? We’ll see.

In-game image from the latest PC build of Minecraft.