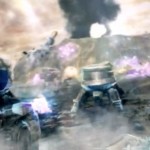 Go into the App Store and type in “Tower Defense” into the search field. You’ll see two full pages of tower defense titles — and that’s not even half of the games in the genre. What you won’t see is a game specifically called Tower Defense, as it’s a Com2us trademark, and their enforcement of that trademark actually caused quite a bit of drama on our forums early last year. So what’s the officially trademarked Tower Defense: Lost Earth game all about? Well, it actually sounds like it could be really cool.

The iPhone and iPod touch version of the game will be released on the App Store May 26th for $2.99, also, a universal version will be available for $4.99. Hopefully Com2uS (and other developers) continues this trend, as the lower-priced iPhone-specific version and higher-priced universal version is a great compromise to the double dipping we’ve seen with “standard" and “HD" releases. In the content department, Tower Defense: Lost Earth will have 9 towers, 10 enemy types, and 40 campaign levels spread across 5 differently themed worlds. DLC is planned as well, both adding additional maps and tower types.

The trailer makes the game look really cool, and we’re excited to get our hands on it. Being the officially trademarked Tower Defense game, Com2uS might have set itself up for some potentially unrealistic expectations… but, we’ll see how it all shakes out in our review once the game is released.