Even though an iOS version of the fantastic Portal series of games are nowhere to be found, this isn’t stopping the release of official spin-off apps of sort on to the App Store. This one in particular is home to several interesting nuggets of information that any Portal fan will enjoy. For instance, Valve Software didn’t always have a clear vision for Portal 2, which hit earlier this week on the PC, Mac, and HD consoles. At one point early in its creation, Portal 2 was a prequel set in the 1950s. Also, it didn’t have portals. 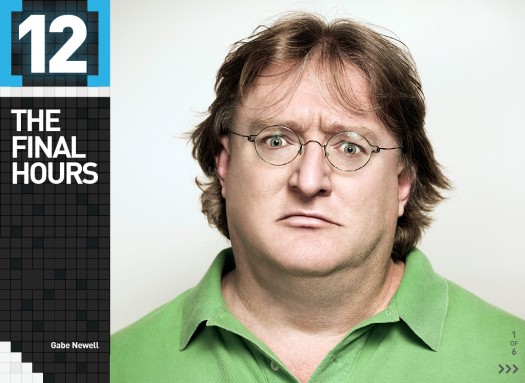 This is according to game journalist Geoff Keighley in his brand new magazine-style app called “The Final Hours Of Portal 2.” [$1.99] It’s essentially an interactive article — with loads of text, some videos, and even pictures — that tells the story of the creation of Portal 2 and brings to light a lot of cool, previously unknown information.

I should note that Valve doesn’t open up a lot to the media, so this is both a pretty rare and privileged kind of story and definitely a cool way to throw your support behind a gifted writer. Beware, the app is home to some minor spoilers. Really though, if you’re the kind of person who is contemplating purchasing a supplemental app to read about Portal 2, you’ve likely already beaten it, so this shouldn’t be much of an issue.

…And if you haven’t played both Portal and Portal 2 and you own a capable PC, Mac, Xbox 360, or PS3, you really need to fix that.