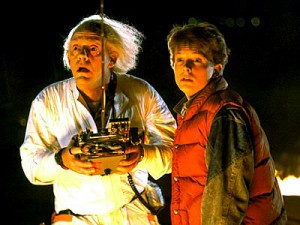 I’ll get this out of the way: if you dug what Telltale Games did with Back to the Future Episode One, you’ll dig what it does with Episode Two, entitled “Get Tannen.” You might even like it more. Telltale mixes up the puzzles and formula much better this time around, providing a snappier, and wholly less dull experience. The catch, though, is that the solutions to what is ailing Marty and Doc feel more obvious this time around.

If you couldn’t get behind the first game, there’s nothing for you here: the title doesn’t appear to strike a narrative chord that the first game didn’t already, and Telltale liberally re-uses a lot of the original’s assets. In this specific episode, you’ll go back to the 1940s and roam many of the same streets and locations. So, if it didn’t hook you, don’t bother. 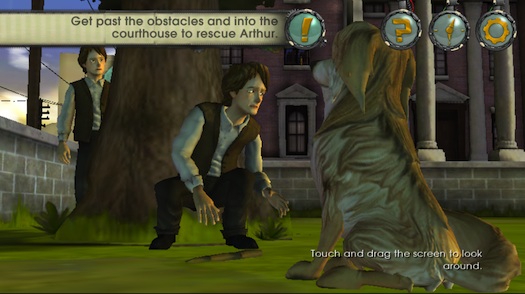 One thing I’d like to point out, though, is that Telltale has obviously realized that no-one, including rabid fans, like a re-tread. To its credit, the studio shakes this “same-y” aspect of the game up by emphasizing and presenting different camera angles. It’s an attempt to give you a different perspective, and for the most part, it’s effective.

If I’ve lost you, don’t worry: go play the first game, which we reviewed when it hit a couple of months back. That brilliant piece of editorial, mind you, will acquaint you with the Back to the Future games universe, the specific mechanics Telltale has utilized for this latest series, and should give you a good perspective on what to expect. Like I said, no-one likes a retread, so go give that a read. 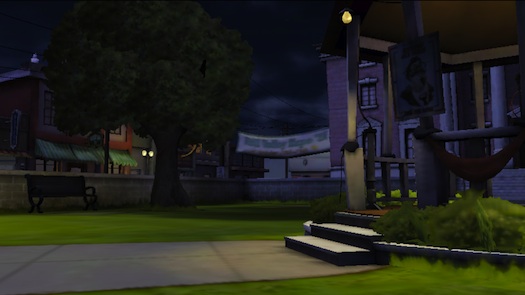 As for a bit of episode-specific commentary, I can’t provide too much. Episodic games all have the same wrapper. What changes is the plot and location, the latter of which doesn’t in this specific case.

But I’d like to say that Telltale does continue to tell a good story. In “Get Tannen,” you resume control of Marty who soon discovers his grandfather, the guy you save in the original game, is going to die if he and Doc don’t go back in time. Later, Marty discovers that his own current timeline has been disrupted by events in the 1940s as well, so you’ll do a good bit of guessing as to what needs to be changed and when as the plot unfolds. Otherwise, expect to be guided in the first game’s charming, whimsical way and laugh alongside some of the bent things that happen.

(First 15 minutes of gameplay captured from the similar although much better looking PC version of the game.)

Anecdotally, I’d like to add that Back to the Future: The Game(s) are starting to lose their welcome with me, I wasn’t able to be as excited for this one as I was with the other. Perhaps it’s just because I’ve seen it all before or I, somehow, managed to contract BTTF fatigue, the rarest of diseases. Like I said, fans should dig this one; detractors won’t. “Get Tannen" does nothing super special other than add to the fiction, which I imagine would be fine for everyone who enjoyed the first installment of the game series and are looking for more.