We’ve got some seriously good news from GDC 2011 for our retro game-loving readers out there. A pile of Bitmap Brothers Amiga classics are on the way to iOS from two different developers.

This morning we spoke with KavCom games who demonstrated an iOS version of Z, a real-time strategy game that was originally released in 1996. The game consists of two armies of robots battling for control of a series of planets. We captured a bit gameplay video of a pre-release build on both the iPhone and iPad. The video won’t mean much to those unfamiliar of the series, but should show existing fans a taste of the upcoming iOS version.

Z was highly rated and very popular game during its time. We’ll have more information and screenshots about the game shortly. 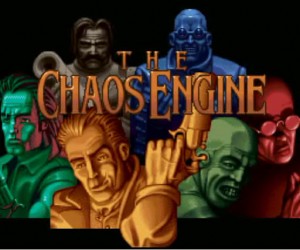 And, if that’s not enough…this afternoon we met with John Hare of Tower Games who developed the iOS port of the recently released Bitmap Brothers cybersports classic Speedball 2: Brutal Deluxe. Among other titles (which we will detail shortly), Tower Games is planning to bring a many other Bitmap Brothers classics over to iOS, including Xenon 2 Megablast, Gods, The Chaos Engine, and Magic Pockets.

Hare was also associated with Sensible Software, creators of the Sensible Soccer series. He indicates that Tower will be bringing forth a soccer title that utilizes the Speedball 2 engine.

There is no specific timeline for these coming, at present.

This is outstanding news for both retro fans as well as iOS gamers that never had a chance to experience these landmark titles. We’ll bring more news on all of this as we hear it.