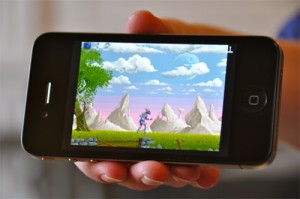 Early last month we posted our exclusive preview of Manomio’s much anticipated iAmiga emulation system that will shortly be used to bring a list of old school Amiga classics to the iPhone and iPad. In the time since that post, developer and CEO Stuart Carnie has provided us with a number of new builds of the iAmiga development test system which have each brought various fixes and improvements to the environment.

I wanted to list some of the changes that we’ve seen in these recent builds, for readers who are waiting anxiously for iAmiga to do its thing in the App Store.

Carnie has also shared with us a list of near-term “to do’s" that we can look forward to, shortly:

It’s been loads of fun testing out a slew of Amiga games on the iPhone with these new builds, and I can’t wait for everyone out there to get the chance to enjoy so many Amiga classics, delivered through Manomio’s emulation system. We’ll bring more news from the studio as iAmiga development continues.