Yesterday I had a chance to meet up with the folks from Capcom Mobile to check out some of their upcoming titles slated for the very near future. But first I spent a little time with a couple of updates to two of their previously released games, Capcom Arcade [Free] and Dead Rising Mobile [$6.99].

CAPCOM ARCADE, Free – Capcom’s free to download portal into their extensive library of arcade classics received a new update last week. When they announced Capcom Arcade last fall, they promised that they would be adding one new game to the library per month, and so far they have come through with that. Last month they added Street Fighter II Champion Edition to the lineup, as well as fixed a lot of the initial problems with the game that players had complained about. This latest update adds Ghosts ‘n Goblins, the precursor to the already included Ghouls ‘n Ghosts. 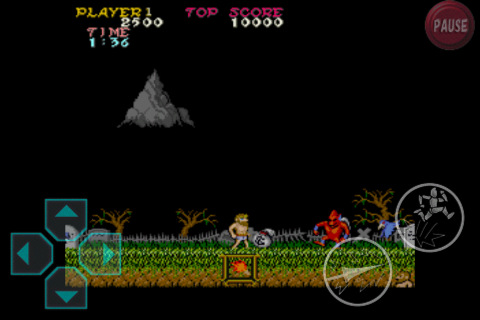 While I like Ghosts ‘n Goblins a great deal, it is somewhat disappointing that the two games added so far are part of a series that is already included in the game. With such an astonishing catalog of hits under their belt (like Bionic Commando, Strider, Legendary Wings, Final Fight, and oh so many more), I’m ready for something new. Perhaps next month. Nonetheless, I’m still impressed with just how well the G’nG games work with virtual controls, and I’m glad to have this latest game in the collection. Grab this newest update and check out Ghosts ‘n Goblins using purchased tokens or daily free tickets, or just buy the whole game for a $2.99 IAP.

DEAD RISING MOBILE, $1.99 – As a huge fan of the Xbox 360 title, I was really excited about Dead Rising Mobile when I previewed the game back when it was announced in October of last year. TouchArcade cohort Eli Hodapp shared a similar enthusiasm as an original fan when he previewed the title closer to its release date last month. Then, when the game finally did come out, it failed to impress gamers in many regards. The controls and camera were awkward, the game engine was glitchy, and the mission structure didn’t flow very well. It was still fun to cruise around a huge mall and kill zombies though, and much like the original this was the saving grace for Dead Rising Mobile. 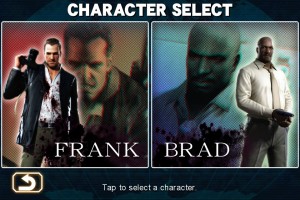 Well Capcom has listened to player feedback and taken it to heart, and has been working on a substantial update to the game to improve on some of its shortcomings as well as add additional content. I was able to spend some time with this new update yesterday, and I’m left feeling much more confident for the future of the franchise on iOS. The first thing you’ll notice is that there is a new playable character, Brad, the government agent that is featured heavily in the Xbox 360 title’s storyline. Brad features a higher proficiency with guns, and is able to carry more ammo than Frank.

Aside from a new playable character, this update features vastly improved camera work and controls. This was immediately noticeable when I started playing, as the camera is now in a much more stable position the majority of the time rather than circling around wildly as it tended to do before. The controls also feel a lot smoother as does the overall framerate and performance of the game. It’s still not perfect, but it’s definitely a step up and in short the game just feels much more solid now.

Capcom stressed to me that they take player feedback very seriously, so if you were initially disappointed with Dead Rising Mobile then this update is worth giving the game a second chance. And if you still have issues, leave constructive criticism in your iTunes review or in our forums, as they read as much as possible and consider everything for ways to improve their games. Capcom has submitted this update to Dead Rising Mobile and it should be hitting in the next week or two barring any approval process complications.