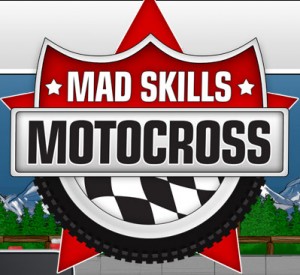 Last week we took a look at the upcoming Mad Skills Motocross from Turborilla and Racer X Online. The game is a 2D side-scrolling motocross game with colorful graphics, a fun physics system, and a lot of content. I’ve spent the past week with a preview build of the game, and I have to say I’ve been having a ton of fun with it so far. We’ve seen our fair share of these motocross games over the years, but Mad Skills Motocross does justice to the genre, and even throws in a couple of new features to set itself apart from the rest.

My favorite part about Mad Skills Motocross is the excellent physics in the game. There are so many subtle nuances with how you’re able to lean on your bike when accelerating and taking jumps that it adds a lot of skill and strategy to how you race. It’s very organic, and the gameplay just feels right. With a little practice, you’ll quickly learn when to lean back to gain speed or tilt in the air to land smoothly into a jump. Also, the ragdoll physics of your rider when you bail can be pretty hilarious, and after taking a spill you’ll hear a painful sounding crack as his body flops around the course. It’s sadistic, but fun. 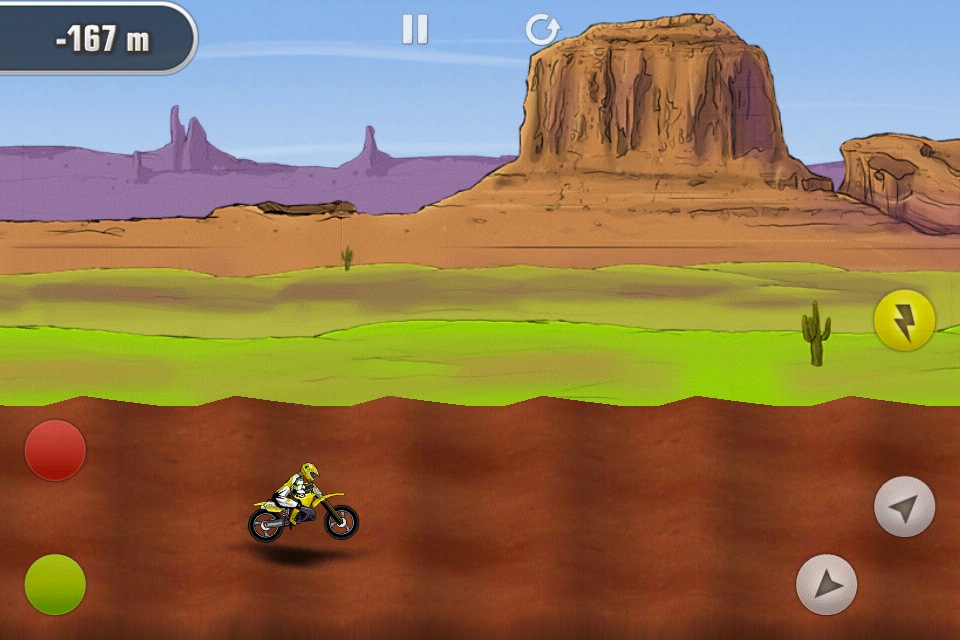 Another neat aspect to Mad Skills is the ability to send challenges to friends. The game uses OpenFeint for the standard leaderboard and achievement tracking, but also utilizes the challenge feature where you can send a challenge to a friend from your buddy list after you’ve completed a track. This feature works really well, and suits this type of game perfectly. The Racer X Online website is a big part of the actual motocross racing community, and as a result of their involvement in Mad Skills Motocross many actual professional racers have preview copies of the game and have been helping out during the development process.

This video shows the challenge feature in action with top amateur racer Adam Cianciarulo versus “just some guy”, and shows how the world of video games can level the playing field in competition:

Aside from the physics system in Mad Skills Motocross, there is also an interesting set of special moves you can perform during a race. These must also be mastered if you’re looking to maximize your potential for fast lap times in the game. We’ll delve more into these intricacies when the full version of Mad Skills Motocross launches as a universal app for iPhone, iPod touch, and iPad early next week. Until then you can check out the upcoming thread in our forums for some discussion on the game, or download the desktop version demo to get a taste of the game before the iOS version launches on January 10th.

(Note: It was kindly pointed out to me that while there are a number of top professional racers and freestylers currently playing the game, the one featured in the video is technically still an amateur and so the wording has been changed to reflect that. Thanks Bryan!)