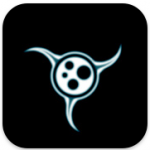 Earlier this month we posted a brief teaser video from developer Mobigame for their newest iOS title called Perfect Cell [$5.99]. The video didn’t explain much in the way of gameplay, nothing at all in fact, and we were left scratching our heads wondering exactly what Perfect Cell was all about. Now that the game has actually been released I’ve spent a good deal of time with it, and it has turned out to be unlike anything I could have imagined. It’s sort of a mishmash of genres, with elements of action, platforming, stealth, and puzzle. These end up working really well together, and coupled with intuitive controls and a beautiful graphics engine, Perfect Cell is a good time from beginning to end.

The story of Perfect Cell starts as an asteroid crash lands to Earth in the not too distant future. Humans discover a form of life in the asteroid that is advancing at an incredible rate. They keep this life form in a research facility deep below the sea in order to study it, but after some time the alien grows into a sentient being who doesn’t fancy being held in captivity. It then becomes your job to control this squid-like alien as you negotiate intricate levels full of puzzle-like traps, enemies, and hidden passages in an effort to break free. 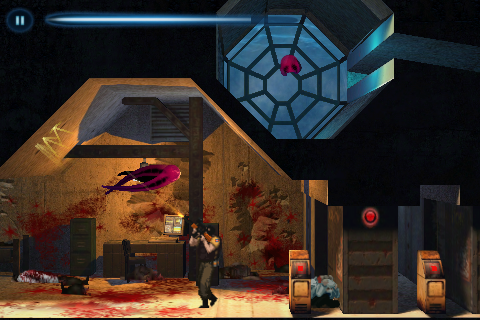 The look of Perfect Cell employs a 2.5D perspective, similar to Shadow Complex, with fully 3D backgrounds but action that takes place on a single side-scrolling 2D plane. The lighting effects in the game look fantastic, as do the style of the characters and environments. The underwater facility almost gives off a James Bond-like vibe with giant computer panels and scientists in lab coats spread throughout. Shortly after the game begins soldiers start to infiltrate the facility, and don’t seem to take kindly to the scientists, and certainly don’t take kindly to the alien being.

You control your alien in Perfect Cell by simply touching and dragging to move, or touching and holding to call the alien to that position. Quickly swiping the screen performs a dashing attack that can kill enemies and bash through certain structures to find hidden areas. Later in the game a super dash attack is introduced, where you can charge up and draw a line that the alien will rapidly follow, killing anything along the path. Also, as you progress you’ll run across a couple of your alien buddies which absorb into you, making you larger and stronger. You can then use a pinching apart gesture to split yourself into two or three separate beings, controlling each individually to conquer tasks that require being in multiple places at the same time. 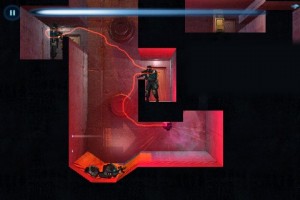 Perfect Cell contains 35 levels to play through, and in reality it will only take several hours to complete them when destroying anything in your path. The real genius to this game comes from not killing people. There is a stealth element to the game, and its very possible to complete every level without killing a single person. This is where serious strategy comes into play. Upon seeing you guards will become alerted in a very Metal Gear Solid kind of way, minus the exclamation point above their head, and will seek you out for a short time before becoming bored and going back to normal patrol.

It would be easy to just dash attack the life out of these guards, but when trying to complete the game without killing anyone you’ll need to take advantage of hiding spots and your ability to cloak yourself by staying still. Taking this pacifist’s route through the game is really challenging, and practically turns Perfect Cell into two completely different games depending on how you play.

The only real problems I had while playing came from the controls. They’re very intuitive and touch screen friendly, but lack precision at times when you need it. Also the dash attack isn’t always reliable, and when you’re counting on pulling one off during the split second when a guard’s back is turned it can be detrimental when the move doesn’t come through. These problems are minor, however, and for the most part there’s nothing that will hamper you from progressing and enjoying the game.

There’s really nothing like Perfect Cell on the iOS platform, and it offers some refreshing gameplay and fetching visuals. It doesn’t take too long to whiz through the game when you’re killing everything you see, but sparing lives and utilizing stealth offers a real challenge that will keep you busy for a while. There is also Game Center integration for achievements and high score tracking. Fans of games like Splinter Cell or Metal Gear Solid will find similar gameplay in Perfect Cell, along with the exploration and puzzle solving of the Metroid series.

Perfect Cell blends all these different elements together seamlessly, and creates an experience that feels like its own. Players in our forums have been enjoying this one too, and Perfect Cell is recommended if you enjoy any of these previously mentioned influences or are just looking for a new unique gaming experience.