Fruit NinjaÂ®, Free – One of the standout developers of 2010 was Halfbrick Studios, and with the year coming to a close they have some newsworthy items to end on a high note with. Back in April, they released Fruit Ninja [99¢] to the App Store and it quickly shot up to the top of the charts and has remained at a relatively high position ever since. There is something strangely appealing about slicing up fruit on a touch screen, and the game was a completely unique idea and a novel use of the device’s strengths. A few months later an iPad version was launched, Fruit Ninja HD [99¢], which added a fun same-device multiplayer mode and a larger play area. 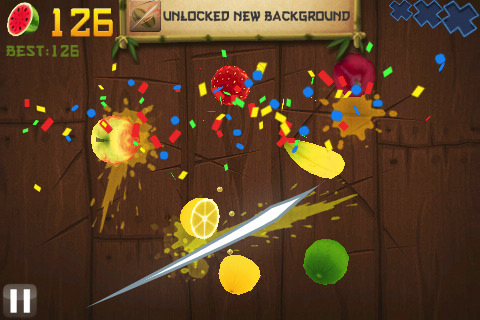 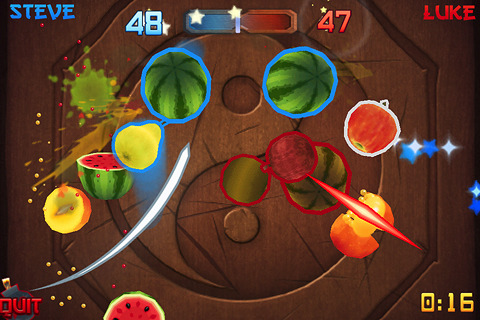 Many of us already own Fruit Ninja, but if you’re one of the few who never understood what the fuss was about, and weren’t about to spend the money to find out, Halfbrick now has you covered with two brand new lite versions, Fruit Ninja Lite [Free] and Fruit Ninja HD Lite [Free]. If you try the game out and end up liking it, the iPhone version can be picked up for 99¢ and for a limited time the iPad version can also be had for 99¢, down from $4.99. Both versions of Fruit Ninja also come with the brand new Arcade mode and online multiplayer using Game Center.

Age of Zombiesâ„¢, $0.99 – If you’re looking for a side of Steakfries to go with your free fruit, Halfbrick has you covered here as well. Age of Zombies [99¢/Lite] just received its latest update with a number of new enhancements. First is the ability to select and replay any completed level from Story Mode, rather than having to start at the beginning each time, and 3 brand new maps for Survival Mode. Also, the scores from Game Center or OpenFeint can now be pulled down directly into the game while you’re playing, so you always know onscreen what the next online score is that you need to beat. If you do overtake someone on the leaderboards, a little dialogue will drop down with some smack talk from Barry towards the other player. 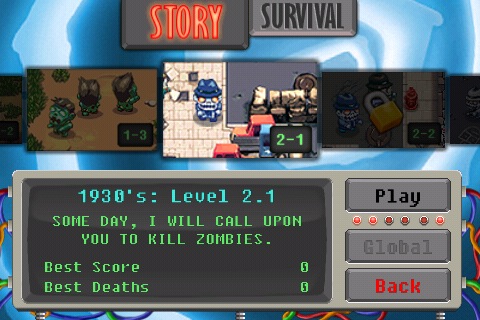 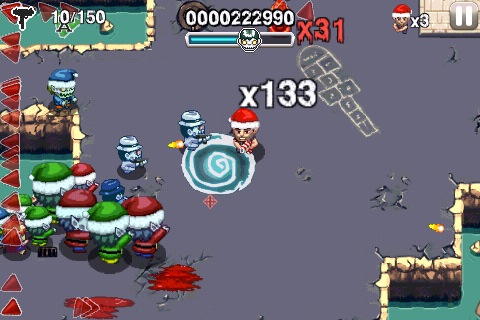 Finally, in the spirit of Christmas, Barry has donned a Santa hat and candy cane gun to dispatch the new elf zombies that permeate the game. In addition Age of Zombies is currently experiencing its first ever sale, and just like with Fruit Ninja HD it can be purchased for just 99¢ for a limited time. Make sure to take either of the Fruit Ninja games for a test drive with the new lite versions, and if you own Age of Zombies mash away at your update button and give the new content a spin. Also don’t forget to jump on these 99¢ sales while they last, and after a year of great games from Halfbrick I can’t wait to see what they in store for us in 2011.