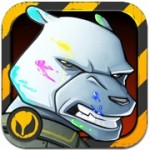 There’s been a lot of Battle Bears-related news coming from the folks at SkyVu lately. We first took a look at their newest iOS game Battle Bears -1 [Free] back when it was released in June. There was a lot to like about this humorous third-person shooter, stuff that we noted in our review, but there were some negative aspects as well. Then the game was updated over the next couple of months, and version 1.2 of Battle Bears -1 took everything we didn’t like about the game and soundly pounded it into pieces, helping realize the potential that was contained in the initial release. Since that 1.2 update in August, Battle Bears -1 has received a ton more goodness in the form of updates, which have culminated in the recent version 1.5 that hit over the weekend.

The version 1.5 update adds the long-awaited third campaign for the lovable, timid, nub-handed, and slightly overweight Wil. Wil’s campaign takes place after the other Battle Bears, Oliver and Riggs, have already safely escaped the mothership Ursa Major. Wil is left all alone to fend off an onslaught of zombie huggables over two dimly lit new levels chock full of Portal and 2001: A Space Odyssey references. This campaign is also a little different than the others in that you must negotiate a twisting maze of claustrophobic air vents in order to get to the main levels on the ship’s corridors. Wil comes equipped with an arrow that he pulled from his leg as a melee weapon and a shotgun which he lovingly named Boomstick McShootington. Wil’s campaign is a lot of fun, with hilarious new cutscenes and a story with a cliffhanger ending. 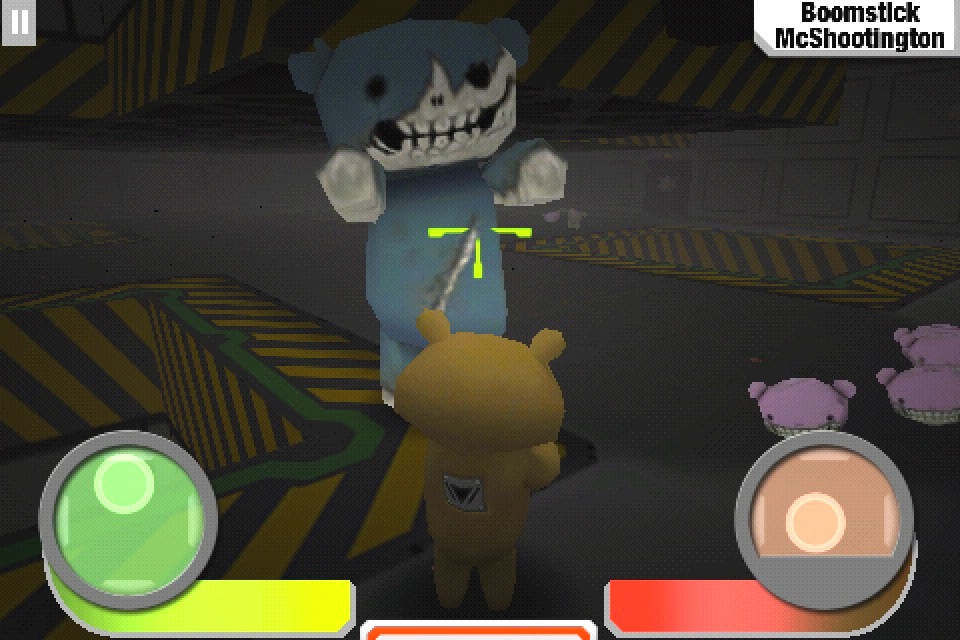 There have also been a number of other additions to Battle Bears -1 since our last post about the game. You can now obtain super versions of your weapons when playing as Oliver or Riggs. Collecting 3 full clips of ammo for a weapon turns it into a super weapon for the duration of those clips. For example, instead of normal rockets from the Bearzooka you’ll fire one huge rocket that does incredible splash damage. Additionally, both the Riggs and Oliver campaigns have been extended, and Oliver’s ends in an absolutely epic new boss battle. In it, Oliver transforms into an alternate version of himself and fights against a humongous boss in outer space in a battle that’s unlike anything else in the game, and harkens back to some of the epic boss battles from the Star Fox or Legend of Zelda series.

The truly crazy part of all this is that currently every Battle Bears game is available for free. The original Battle Bears: Zombies! and Battle Bears -1 will be free at least until December 28th. The iPad only Battle Bears Go was supposed to be free for only a day, but somebody at SkyVu apparently forgot to flip the price switch back to “on” so at the moment it’s still free. Also, the formerly 99¢ downloadable Riggs campaign is now permanently free, with the brand new Wil campaign costing 99¢. As a bonus, if you owned Battle Bears -1 before and had already purchased the Riggs campaign, you’ll get the Wil campaign for free when you update.

I’m really impressed with how far Battle Bears -1 has come since it was released, and there’s still more planned for the future including additional campaign content, Game Center integration, and Retina Display support. Plus, SkyVu is currently at work on a brand new title that takes place in-between the first two games called Battle Bears: 0. There’s plenty of gameplay spread across the three Battle Bears titles, all currently available for free. If you need something to do during the holidays, act quickly and download any or all of these games now, and drop into the thread in our forums where SkyVu actively monitors feedback and suggestions for future updates.