Chair Entertainment’s Donald Mustard has shared some spectacular news with the folks over at Joystiq. The first update to Infinity Blade [$5.99] is due out at some point next week and it’ll add a total of five new weapons, five fresh shields, five helmets, a brand new set of armor, and a new foe called the “Marrow Fiend" to the action RPG.

Mustard calls this a “booster pack." It’s the first of two planned, the second of which will see a release at some point in January.

Chair hasn’t been shy in the past about its plans to support Infinity Blade post release. Online competitive support has been promised, in addition to new items, areas, and monsters. As for when we’ll see those new areas and multiplayer? Well, these might take a bit to create considering that the Infinity Blade team is only 12-men strong and quality is a serious priority. 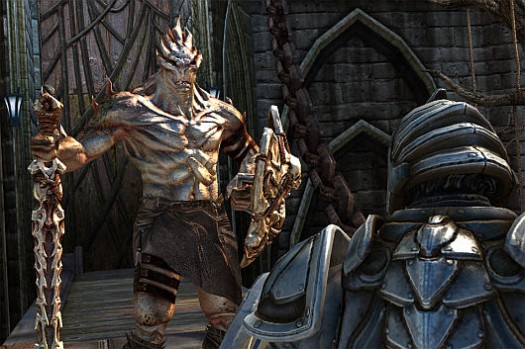 But that doesn’t mean Mustard didn’t have anything to share on that front. Speaking about new areas, Mustard said “There will be new areas to go to, the story will be evolving a little more as you see what the God King is really up to, and we’re going to let people down into the dungeons." He added that these new foes in the dungeon will “make the [current] enemies look like nothing."

Ah, so exciting. Anyone else tap out their current character and itching for some new content? Surely I’m not the only freak out there.