Let’s rewind time back to 1993. You’re sitting at your brand new (or Frankstein monster of upgraded components) DOS-based PC staring at this newfangled CD-ROM drive that you paid an insane premium for, wondering what in the world to do with it aside from listen to your DJ Jazzy Jeff and The Fresh Prince CD on repeat while marveling at just how cool your acid washed jeans were. One thing lead to another and eventually you found yourself staring at the shelf of CD-ROM PC games at the local Egghead Software trying to rationalize the $79.95 price tag. You haven’t played a CD-ROM-based game before, and decide to give it a try. 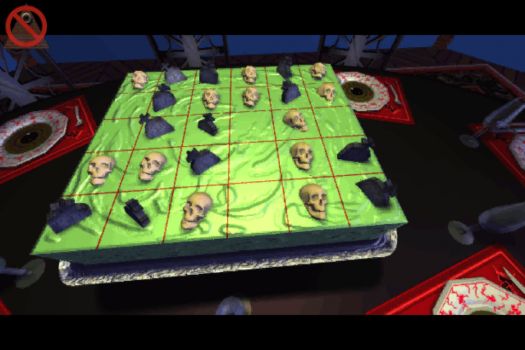 After jumping through all the hoops that installing the game required, you find yourself knee-deep in one of the most impressive things you’ve ever seen your computer do: Display full motion video and offer a shockingly immersive atmosphere that your previous disk-based games couldn’t even begin to touch. You then proceed to spend the rest of the day glued to your computer, endlessly attempting to figure out the puzzles the game contained within. 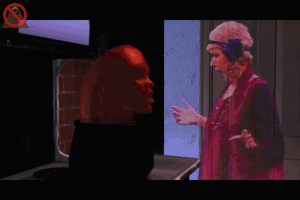 If you have similar memories of playing these classic CD-ROM based games of the early 90’s, this is likely where you can stop reading this review. The 7th Guest [$2.99 / HD] offers the same awesome blast from the past as Myst [$4.99 / Free], and even hearing the music of the opening sequence will be more than worth the three bucks to you. If The 7th Guest was before your time, or you’re not the kind of person to mash the download button for the sake of nostalgia, read on…

The 7th Guest is set in a mysterious mansion owned and operated by Henry Stauf, a drifter turned toy-maker, then puzzle maker, then creepy mansion builder thanks to a series of visions he experienced and acted on. I’m reluctant to get too involved in discussing the story of the game, because the way it is revealed through sets of ghostly cut scenes and puzzles is a huge part of the experience. You play as Ego, an amnesiac who finds himself at the mansion, traveling from room to room, solving various puzzles. These puzzles range from incredibly difficult word games, chess-based games, and other logic games. 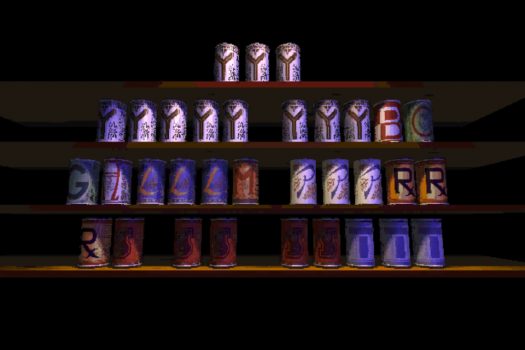 What you will get out of The 7th Guest largely depends on just how much you rely on outside resources for solving the puzzles. Back in the glory days of CD-ROM gaming, you weren’t instantly able to find the solution to any puzzle like you can now thanks to the wonders of Google. You were forced to utilize the in-game hint system, which amounted to a cryptic book found in the library that offers vague hints on how to complete puzzles. If you cheat to find (or remember) the solutions to these puzzles, you’ll likely be able to complete the entire game before you know it. However, if you have the gumption to sit down and figure out the puzzles on your own, you’ll be in for hours and hours of fun (or frustration). 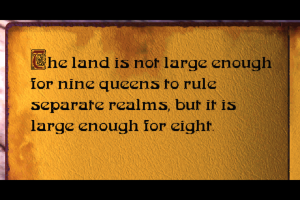 The game is controlled via a curious conglomeration of the classic mouse pointer the game was originally designed for and the touch interface of iOS devices. When you touch the screen, the pointer appears near your finger. Dragging around and hovering the cursor over things reveals where you can go, where puzzles are, and where paranormal events you can trigger in the house are. “Clicking" is accomplished by lifting your finger off the screen. Whatever you had the pointer hovering over gets “clicked" which triggers everything from movement to selecting puzzle pieces inside of the puzzles.

The control scheme works, but feels far from ideal. The game was originally designed for the precision of a mouse pointer, so changing everything over to being touch sensitive without this workaround would likely require a complete redo of most of the game. In my play through, I didn’t come across anything that was impossible to do with this control scheme, but many of the puzzles (especially the more intricate ones) can be downright irritating to complete. On the iPad, these controls work a little bit better thanks to the increased screen real estate, but they still aren’t great. The good news is, even though the controls are annoying at times, the game runs substantially faster on the iPhone than it ever did on any other platform I’ve played it on. 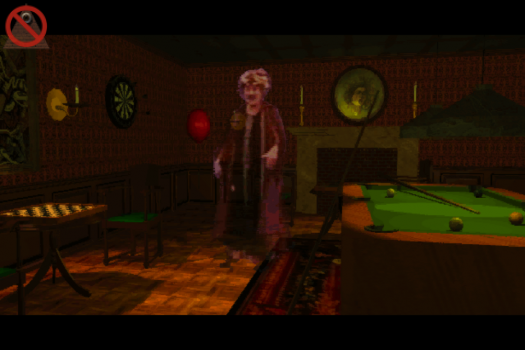 One of the first puzzles you come across is a puzzle where you must divide up a cake evenly. I clearly remember that puzzle on my ancient computer taking forever to complete, because each clip came with its associated sound clip and animation that stuttered across the screen of my PC. On the iPhone, all of these animations are fast and silky smooth. Moving about the mansion is the same way, allowing you to practically run from one side to the other. If it wasn’t for the crazy control scheme, this would be the best version of The 7th Guest yet. 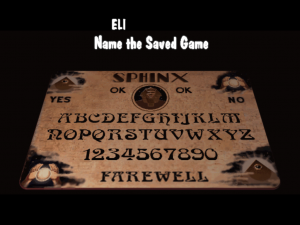 As you play the game more, other issues rear their ugly heads. Like many retro ports that have made their way to the App Store, the best part about The 7th Guest is that it’s such a faithful port. Consequently, this is also its biggest flaw as gaming has moved forward quite a bit since then, and the lack of any kind of modern gameplay conventions might turn off new players. For instance, the game lacks any kind of undo function in puzzles, forcing you to commit to every move you make, or reloading from your last save if you made a mistake.

Also, the menu system persists from the PC game, forcing you to navigate it with the odd cursor system, even forcing you to type out the names of your game saves with the virtual mouse pointer instead of the native iOS keyboard. The game also seems to have issues with looping music too, leaving you to complete puzzles in silence (aside from voices) once the track that is playing completes.

None of these things stopped me from having fun playing through The 7th Guest, but I would exercise caution if you have no history with and/or no nostalgia for the game. The 7th Guest is a classic early 90’s CD-ROM game that still plays exactly like an early 90’s CD-ROM game. While I totally appreciate that this port exists, I just wish a little more care was put in to making it into a good iOS game that would appeal to a broader audience to get more people interested in series, instead of merely a good game that runs on the iOS platform that seems catered specifically to lovers of the original.